Wazito FC will face AFC Leopards at the Bukhungu Stadium in Kakamega on Saturday. Neither side has won a match in the KPL. Photo/ Wazito FC

The race to dethroning Gor Mahia of the mighty Kenya Premier League title continues this weekend. K’Ogalo have won the title three times in a row and are looking for a fourth.

The Champions’ clash with Kenya Commercial Bank (KCB) is among the top fixtures to anticipate for this weekend. Fellow title contenders, Bandari enjoyed midweek action as they thrashed Zoo Kericho 3-2.

Gor Mahia’s midweek fixture against Chemelil Sugar had to be postponed after the defending Champions said that the change of venue would disadvantage them. Gor’s clash with Chemelil Sugar was to be staged at Moi Stadium Kisumu but the Millers changed the venue to Kericho Green Stadium.

Here are top five fixtures to look out for this weekend.


5. Kisumu All Stars vs Nzoia Sugar

With both sides yet to register a win, it will be a fight to the neck at the Moi Stadium Kisumu between the two sides. A win for either side will set the pace running for more impressive performances.

Kisumu All-Stars, known by their fans as Otenga, will be playing the match on home turf where they were exceptional last season. In the National Super League last season, Otenga won all but one fixtures making the Kisumu Stadium a threat for its opponents.

Just like Otenga, Nzoia Sugar have a point in the league. Nzoia Sugar portrayed a good performance in their opening fixture against new league entrants and possible title contenders Wazito FC. It was in this match that the Bungoma based club fought to earn a point that seemed impossible.

It will be a Western Derby at the Moi Stadium Kisumu this Saturday as from 3:00 pm

Bukhungu Kings will be hosting Kenya’s most possessive team in a tough KPL fixture on Sunday. Neither team has lost a match this season but Homeboyz have started the season on a high.

Sharks are yet to register a win in the league but managed to hold Kenyan giants AFC Leopards to a goalless draw last weekend. It will be a difficult fixture for the slum boys who will be on the road.

Kakamega Homeboyz are stronger when playing at Bukhungu than when they are on the road. They gained more points last season at the Kakamega stadium helping them finish the 7th in the league and secure a top scorer award.

After falling victim of a 3-0 thrashing by KCB, Sony Sugar bounced back in the second gameweek to win 2-1 against Nzoia Sugar. In the past seasons, Sony Sugar have been known to cause problems to top Kenyan clubs.

This weekend, Sony Sugar will be on a mission to stop Bandari on their tracks to dethrone Gor Mahia of the title. Bandari, however, is a talented side and also title contenders after having a good run last season.

Bandari are an exceptionally good side but Sony Sugar have a history of disappointing big teams. It will be a fight to the neck at the Kericho Green Stadium on Sunday.

18-time KPL champions Gor Mahia will be looking to avenge their 4-1 continental loss on the bankers. KCB, on the other hand, bolstered their squad prior to the beginning season. The Bankers’ new squad started the season on a high but failed to impress in game week 2.

As Gor Mahia welcome KCB at the Kenyatta Stadium in Machakos, they will be hoping to set the road running to their 19th KPL title. K’Ogalo have failed to impress at the continental stage for years but have dominated the local scene.

Zedekiah Otieno’s boys have the manpower to stop Gor Mahia but K’Ogalo are confident in the Kenya Premier League. Will Gor Mahia maintain their local form or will KCB prove difficult to beat?
K’Ogalo will lock horns with the Bankers at the Kenyatta Stadium on Sunday at 4:15 pm.

After having an exceptional run in the National Super League last season, Wazito were tipped to cause real problems at the KPL. However, after two matches, the moneybags are yet to live up to fans’ expectations.

Wazito’s opponents, AFC Leopards, are also yet to meet up fans expectations. For years, Ingwe’s misfortunes have been linked to poor management at the club. This season, they are under new management and fans are optimistic that they will witness a different side this season.

Both teams were extremely busy during the transfer window as they looked to challenge for the title this season. After two matches, no team has registered a win with Wazito sharing points with their opponents on both occasions while AFC Leopards lost one and drew one.

New players from both teams are yet to settle in the KPL as they have been hinted to perform well when they do. Fans expect a thriller at the Bukhungu Stadium this weekend between the two title contenders.

Who will come out at the top as the Moneybags lock horns with Ingwe at the Bukhungu Stadium on Saturday? 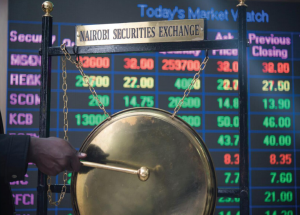