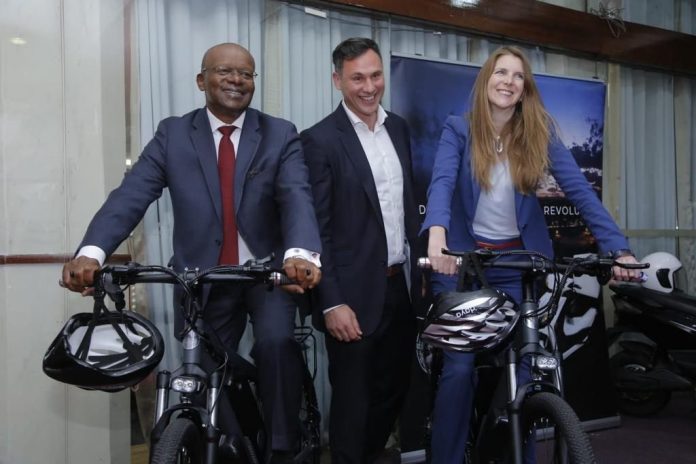 Benefits of joining the NIFC include fast-tracked licensing and regulatory procedures, a predictable tax regime and an improved dispute resolution framework. NIFC firms will also have the freedom to repatriate profits, employ certain categories of staff, not be subject to nationalisation and can be owned 100% by non-Kenyans.

Speaking at the launch, President Uhuru Kenyatta said: “The Nairobi International Financial Centre can play a key role in creating the right environment for fintech to thrive; for innovation and new technologies like blockchain and artificial intelligence to be mainstreamed; and for investors to inject new capital into businesses in Kenya and across the region. We all share the same goals in the pursuit of economic prosperity, and I call on the business community, policymakers and regulators alike, to work closely together to support the growth of businesses that create value and improve lives.”

3 companies have so far signed up. UK insurer Prudential was the first company to join the NIFC. The firm has  announced plans to set up its Africa headquarters in Nairobi.

Also admitted to the NIFC is ARC Ride Kenya, a  start-up looking two and three-wheeled electric scooters and bikes. It is expected to establish an electric vehicle assembly plant in Nairobi.

The NIFC is reportedly in talks with several more firms with a view to admitting them.

Firms looking to join the NIFC will pay Ksh1 million for certification and an annual fee of Ksh500,000, regulations published by the Treasury indicate. They are required to apply for certification from the NIFC Authority. Certification is open to both domestic and international firms.

Start-ups will pay a lower fee of Ksh100,000 for certification and an annual fee of a similar amount. Start-ups are described as firms in the initial stages of setup, which provide an innovative or novel product or service.

A firm will maintain its start-up status for a period of three years not including the first year of certification.

READ NEXT>>Why NMG is Hunting for Companies to Buy

What Are Cameroon’s Hopes In Qatar?

HF Group Turns Around From Loss-making