The Water Bottlers Association of Kenya has called on the government to remove excise duty on bottled water, as it will affect the pricing of refilled and bottled water making it unaffordable to many Kenyans.

Speaking at a press conference on Thursday 7th October, WBAK vowed to pass the extra cost to the consumers should the government go ahead and implement the excise duty of  Ksh5.40 per litre of purified water as from November 13th.

“This means that the new excise tax will lead to the retail cost of a 20-liter water container retailing at between Ksh250 and Ksh350 to between Ksh450 and Ksh550” said Mr Henry Kabogo, the chairman of WBAK.

WBAK is the national body encompassing bottlers, refillers, and vendors of purified drinking water spread out across the country.

Speaking during WBAKs Annual General Meeting, the organizing secretary Simon Wanjohi noted that while many of their members had complied with KEBS and KRA on tax issues and licences, the government is yet to fully resolve any potential setbacks that affect the conduct of their businesses.

“We are still opposed to water being charged excise duty because we know excise tax as sin tax and yet water is a basic human right. They are simply making clean water unaffordable to the citizens,” said Mr Wanjohi.

Read >> Star Wars Cause a Major Fallout at Citizen TV

The association also called on the relevant government agencies to upscale their surveillance programmes to ensure a level playing ground for all businesses.

“Our association comprises genuine business people that are committed to doing the right thing in compliance with KEBS Standards,” Mr Kabogo said.

“In addition, our members uphold their citizenry duty of paying taxes to the government. In return, we just want the government to remove this exercise duty which will affect the pricing of bottled water.”

Collaboration between KRA and WBAK has seen an increase in the number of compliant companies from an initial 181 in 2018 to 445 companies so far. 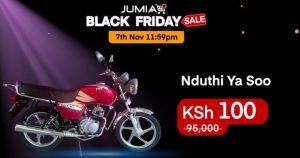