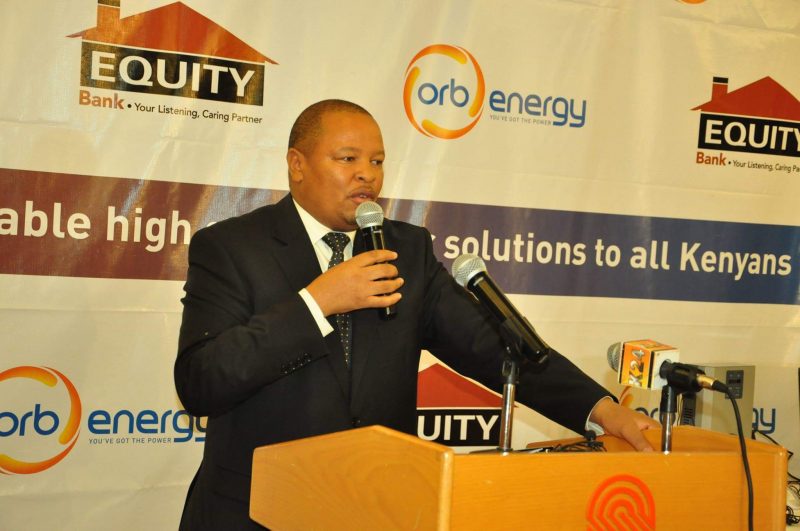 Equity Bank Director, Operations and Customer Gerald Warui at a past function. He has been appointed the new Managing Director.

Igathe made a surprise return to Vivo Energy last week to become its Executive Vice President of Sales and Marketing for Africa barely a year after joining the lender. He was MD for eight months, one of the shortest tenures in corporate Kenya.

“Equity Group places a premium on developing strong, broad based management talent and over the last five years the financial industry has benefited significantly from this pool and many of its team members now hold senior roles in leading companies across Africa, including four of its own subsidiaries in Uganda, Tanzania, Rwanda and South Sudan,” the statement said.

With this appointment, the Board has chosen an insider in Gerald Warui as its new leader for Equity Bank Kenya, it added.

Warui, who has been at the lender for 21 years, was until his appointment the Director, Operations and Customer Service at Equity Bank Kenya.

He holds an Executive Master of Business Administration degree from Jomo Kenyatta University of Agriculture and Technology (JKUAT) and is also a Certified Public Accountant CPA (K), and a graduate of Advanced Management Program offered by IESE Business School, Barcelona, Spain.

A career banker, he has vast experience spanning over 30 years and has headed operations, customer service and HR within the Group.

“The Board congratulates Mr. Warui on his appointment. The Board thanks Mr. Igathe for his dedicated and impactful service to Equity and wishes him well in his new role with one of the Equity’s most valued partners and look forward to deepening the existing relationship across the continent,” Equity Bank said in a statement.

Igathe joined the bank in July last year when he was appointed the Group Chief Commercial Officer four months after resigning as Nairobi Deputy Governor before he was elevated to the role of MD in September.

Before joining politics, he was MD at Vivo Energy.

The Equity Bank Board said it had accepted his resignation, adding “to ensure a smooth transition of operations Mr Igathe will hand over his duties to Mr Warui before his departure at the end of August.”

Nation Media Group will be concentrating its investment and human resources on new areas critical for growth.

SABRE Awards are the world’s largest public relations awards recognising superior achievement in branding and reputation across the globe.