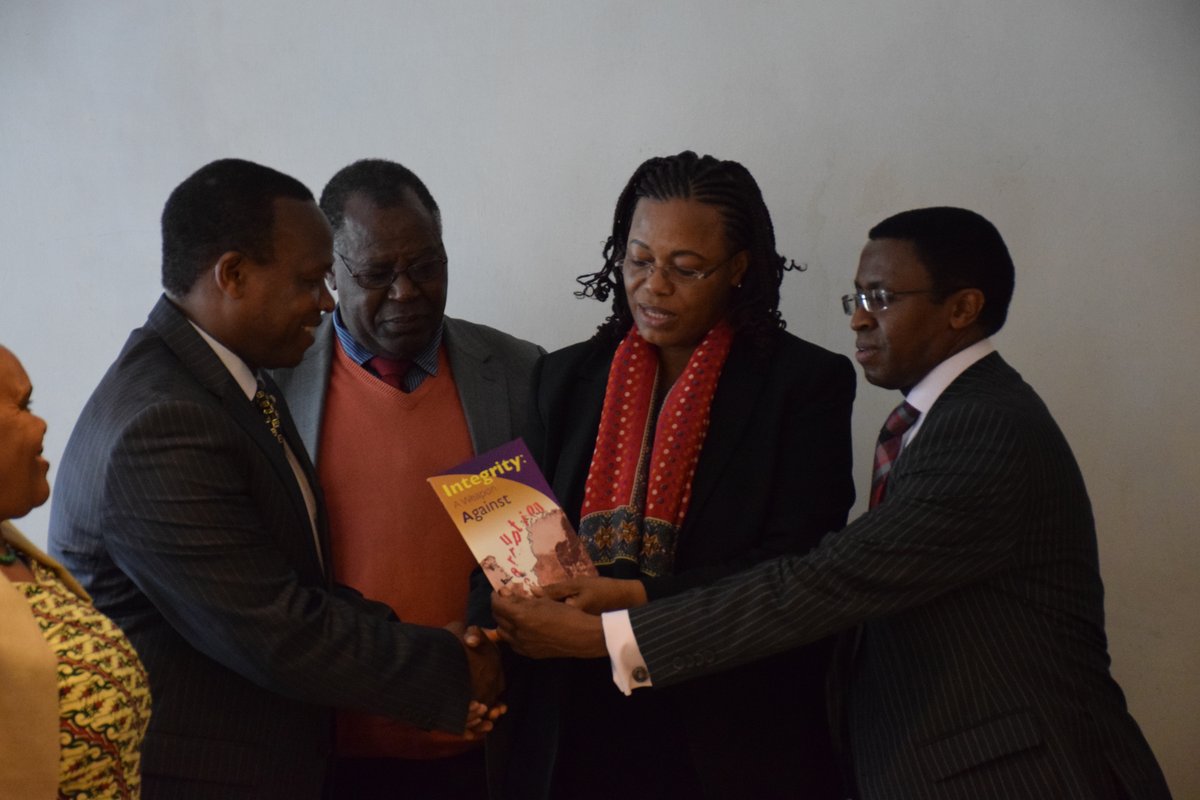 While launching the study guide, titled 'Integrity: A Weapon Against Corruption', EACC said the fight against corruption is winnable but everyone must commit to live a life that enhances the virtues of integrity, justice, patriotism and love for one another.

The Ethics and Anti-Corruption Commission (EACC) has turned to the Bible to boost its war against graft in the country.

On Wednesday, EACC, which is chaired by retired Anglican Archbishop Eliud Wabukala, launched the Bible Study Guide together with the Inter-Religious Sector.

While launching the study guide, titled ‘Integrity: A Weapon Against Corruption‘, EACC said the fight against corruption is winnable but everyone must commit to live a life that enhances the virtues of integrity, justice, patriotism and love for one another.

“The Bible Study Guide is intended to help Kenyans interact with the Bible and discover God’s position on corruption and his direction on living a corruption-free life.”

The commission said every member of the society has an opportunity to contribute to the success of the war against corruption.

“Every member of our society has an opportunity to contribute to the success of the war against corruption. Regardless of your status in the society, you can make a difference. The Bible Study Guide inspires us to act and to believe our country can be free from corruption,” it added.

The Commission has also been championing establishment of Integrity Clubs in schools with the aim of inculcating values among the youth as a way of enhancing responsible citizenship and promoting intolerance to corruption and unethical conduct.

“Corruption remains a serious impediment to societal progress in all spheres; whether social, economic or political. It leads to increased poverty, slow rate of economic growth, poor infrastructure, low quality of education and poor health, among other problems,”  Wabukala said during the launch of an Integrity Club at Archbishop Wabukala Secondary School in Bungoma County.

Wabukala assured the public of the enhanced efforts and collaborations among public institutions to bring to book corruption perpetrators, noting that  the attainment of the national goals was dependent on sound management of national resources.  He therefore called on all public officers to uphold public interest and commit themselves to selfless service delivery.

He pointed out that the war against corruption requires the collective efforts of all sectors, leaders, public officers, and the public, including students. “The youth, as we know, are creative, talented, energetic and agile and can utilize their abilities to drive positive societal change,” he added.

The Commission, in exercise of its preventive and public awareness mandate, says its decision to push for Integrity Clubs in schools is because it has recognised the contribution made by young people in the fight against corruption. It is also, in partnership with the Kenya Institute of Curriculum Development (KICD), involved in reviewing the school curriculum to introduce integrity values as a teaching component.

However, the launch of the Bible study guide was greeted with cynicism by Kenyans on social media with some wondering why the commissioners and staff should continue to draw salaries.