EABL to pay out fifth interest on Ksh6 billion bond whoch is set to mature in March 2022.

For bondholders of the East African Breweries Ltd (EABL) medium term note, a fifth interest payment is around the corner.

The listed manufacturing firm says that the interest payment is set for the end of September.

With a maturity date of 2022, the bond, which is listed on the Fixed Income Securities Investment Segment of the Nairobi Securities Exchange (NSE), is a debt issuance worth Ksh6 billion.

“We wish to notify that the fifth interest payment on the 1st Tranche of East African Breweries Limited tranche 2 will be paid on September 30.” fiscal agents CFC Stanbic said in a letter to the NSE.

The EABL tranche is the second phase of the firm’s medium term notes which sought a total of Ksh11 billion in debt issuance. However, oversubscription in both tranches has seen the company raise Ksh17.4 billion instead.

In 2015, the bank issued a Ksh5 billion medium term note, which according to EABL attracted a subscription rate of 180%. This bond, which was due to mature in 2018, was further pushed to 2020.

To compensate for the extension, EABL said it will be paying the bondholders of the first tranche a higher interest rate of 12.95%, up from the earlier 12.25%.

The second bond, issued in March 2017, reportedly saw a 141% subscription. In turn, a total of Ksh8.4 billion was raised by EABL in the debt issuance as against the Ksh6 billion on offer.

During a bell ringing ceremony at the NSE as the second tranche was listed on the Nairobi bourse, EABL Group managing director Andrew Cowan said the response to the bond signified investor confidence in the firm’s brand.

“The raised capital will significantly strengthen the business’ position and competitiveness,” said Cowan in 2017.

The Ksh6 billion bond will mature at the end of March, 2022.

When the bond was issued, the minimum investible amount was Ksh100,000, and integral multiples of Ksh 100,000.

Besides CFC Stanbic Bank being a fiscal agent of the bond, the lender is also among the list of placing agents that includes Barclays Bank of Kenya and Barclays Financial Services Limited as well as SBG Securities Limited. Coulson Harney Advocates are the legal advisors.

“The second and final tranche which has already received approval from the Capital Markets Authority (CMA) will provide EABL with an opportunity to match its borrowings with its medium-to-long term CapEx and working capital investment aimed at building capacity and optimizing operations. The issue is aimed at achieving an optimal capital structure,” EABL said in a statement in 2017. 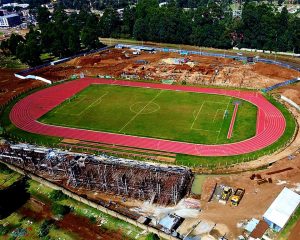