Harambee Stars Coach Francis Kimanzi has his trust with the young talents as he works to build a future for Harambee Stars. Photo/ Goal Kenya

Francis Kimanzi’s first match back with the Harambee Stars ended in a dreadful one-all draw.

It seemed like Kimanzi’s plans are to invest more on young talent who would be available to play for a long time. Michael Olunga and Kenneth Muguna stood out in the match against the Uganda Cranes.

It was the first time that Michael Olunga captained the team and his leadership skills were evident. Olunga is currently the most preferred candidate to take over the armband from Victor Wanyama when he will retire.

Gor Mahia captain Kenneth Muguna, on the other hand, controlled the midfield for Harambee Stars showcasing acute passing and some leadership along the centre of the pitch. The 23-year-old midfielder was a key member of the squad on Saturday. He found the net in the 51st minute to equalise for Kenya.

Another young talent Eric Ouma made a good run on the left flank and found Ayub Timbe who wasted no time in dropping in a cross to the box that Kenneth Muguna turned in for the equalizer in the 51st minute.

Stars coach Francis Kimanzi said after the match that what his plans were indeed for the future.

“We must think of the future even as we try to build the team with upcoming matches in mind and it is with this in mind that I gave several players an opportunity and I must admit I have been surprised with Lawrence Juma for instance,” Kimanzi said after the match.

Kimanzi made major changes from Sebastien Migne’s preferred line up during the African Cup of Nations and CHAN qualifiers. With the absence of Captain Victor Wanyama and Defender Joe Okumu, some changes were inevitable.

However, Kimanzi still made other changes, benching Simba SC midfielder Francis Kahata while putting Kenneth Muguna in his place. It looked like a gamble at first because Muguna does not have much experience with the national team but he impressed.

Kenya started creating threatening chances with the strikers failing to finish until Muguna tapped in early in the second half. Coach Francis Kimanzi noticed the slow start and noted he had to work on that as Harambee Stars prepare for the next friendlies.

“We took time to settle into the match while Uganda were in it from the onset. I had to take off Collins Agade early since we needed pace from the midfield and Whyvone did well when he came in. I’m happy with the performance and we will work on improving on this with two more friendlies next month. After that I believe we will be ready to face Egypt,” Kimanzi noted.

Football Kenya Federation (FKF) has lined up two more friendlies for Harambee Stars next month; away to Libya in Morocco and a home game against Mozambique. 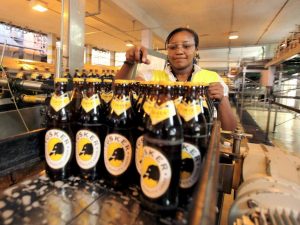