A pregnant women holding a glass of white wine [photo/irishexaminer.com]

Pregnant women who drink moderate to high levels of alcohol may change their babies DNA, a new study has revealed.

The research conducted at Rutgers University, and published in the journal Alcoholism: Clinical and Experimental Research found that binge and heavy drinking may trigger long-lasting genetics change in adults.

The discovered that there were changes in two genes. POMC, which regulates the stress-response system and PER2, which influences the body’s biological clock in pregnant women who drank moderately to high levels of alcohol and in children who had been exposed to those levels of alcohol in the womb.

The study further showed that infants exposed to alcohol in the womb had increased levels of cortisol, a potentially harmful stress hormone that can suppress the immune system and lead to ongoing health issues.

Moderate drinking in women was measured by three drinks per occasion and heavy drinking was four or more drinks on at least five occasions.

Fetal alcohol spectrum disorders can include physical and intellectual disabilities as well as behavioral and learning problems.

A child may have a small head, flat face, and narrow eye-opening. They may appear smaller than other children of the same age, problems bonding or feeding as a newborn and possible birth defects.

Heavy alcohol use during pregnancy can also lead to miscarriage, stillbirth, or a baby being born early.

According to medics, there is no safe amount of alcohol to drink while pregnant. There’s is no cure but early intervention treatment services can improve a child’s development. 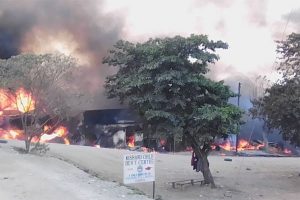