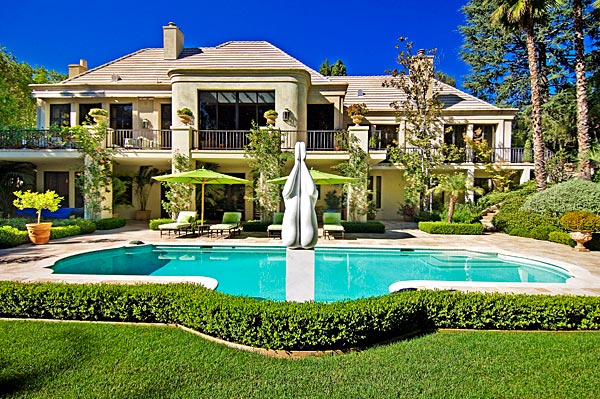 Nairobi, as Kenya’s capital city, bears most of the richest neighbourhoods in the country that are home to many of the wealthiest fellows in the nation.

Some of these areas even beat some addresses in London and South Africa’s Johannesburg making Nairobi one of the most bourgeois cities in the world.

These rich neighbourhoods act as residences to politicians, businessmen, celebrities and personalities, ambassadors and many more high-status persons. Foreigners with more than cash to spend can also be found in these areas.

Land ownership plus home development in these rich neighbourhoods cost high amounts of money up to even Ksh500million as the least price.

Apartments for rent in these estates and homeownership for real estates are of such prices that can only be afforded by high-end wealthy people. The stacks of millions spent by the wealthiest in these estates make it impossible for other Kenyans to believe there are people within the same country.

Below are the seven richest neighbourhoods in Nairobi, Kenya

Kitisuru is located in Westlands Constituency within Nairobi County. It contains magnificent villas for sale that goes for up to Ksh145 million. It is the latest upcoming leafy suburb neighbourhood in Kenya and gives life to the forests that surrounded it before its occupation.

Situated and sandwiched between Kiambu and Limuru roads, this rich neighbourhood is known to host some embassies and ambassadors’ residences, as well as some well-known names residing in this estate. This was among the earliest existing rich neighbourhoods in Kenya from the earlier years.

The average price of a house in Runda goes for about an approximate Ksh150 million.

This posh estate along Muthaiga and Limuru Road hosts some of the wealthiest individuals in Kenya.

It also serves as a residence to some embassies, such as that of the US Ambassador to Kenya, the British High commissioner among others. The well known Muthaiga Golf Club is also situated in this area characterised by enormous trees and beautifully manicured walkways and access roads.

An approximate of Ksh65 million is a rough start.

The estate is characterized by a mix of old colonial bungalows and lots of modern mansions that range up to Ksh175 million for one to own a house.

The leafy suburbs of Karen is located in the South-West of Nairobi and neighbours Ngong Hills.

Lavington is home to high-end mansions that cost no less than Ksh50 million.

It is a high-income residential estate located northwest of the city centre. Lavington holds five-star restaurants such as Toranj which is an Italian Restaurant and Mama Ashanti, a Nigerian Restaurant.

Located in Argwings Kodhek Road, Nairobi. This one of the posh estates in Nairobi that offer apartment rentals from Ksh85,000. Among the restaurants rated in Nairobi that are situated in Hurlingham include Four Points by Sheraton.

The affluent neighbourhood in Nairobi features expensive hotels and clubs. It also acts as a residence to some of the wealthiest in Nairobi.

Outside Nairobi, there are many more investment opportunities in real estate that are attracting investors away from the hassle of the capital city. These areas are the ones to look out for in the next phase of Kenya’s real estate growth phase.