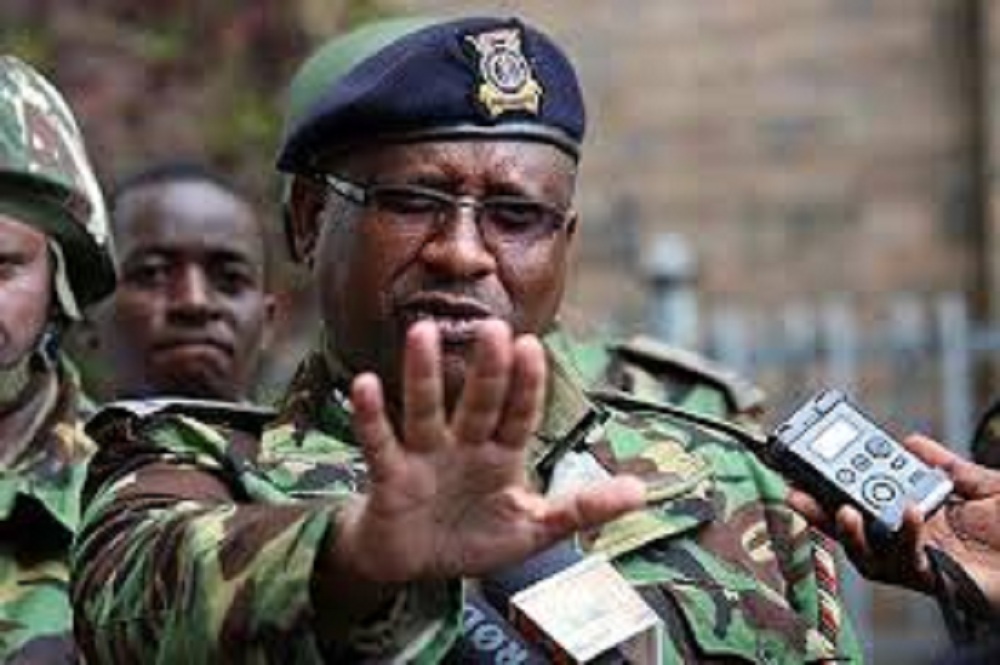 Police have now formally rewritten to Nasa outlawing today’s planned street protests in Nairobi, saying the alliance has not complied with the law.

Nairobi Police County Commander Japheth Koome, in a letter to Nasa executive director Norman Magaya says according to the law, they were supposed to have written to the OCS Central Police Station at least three days to the protest and in the prescribed form.

He warned Magaya that l**********n will be taken against him for failing to follow the law governing public meetings and processions.

Here is the letter: 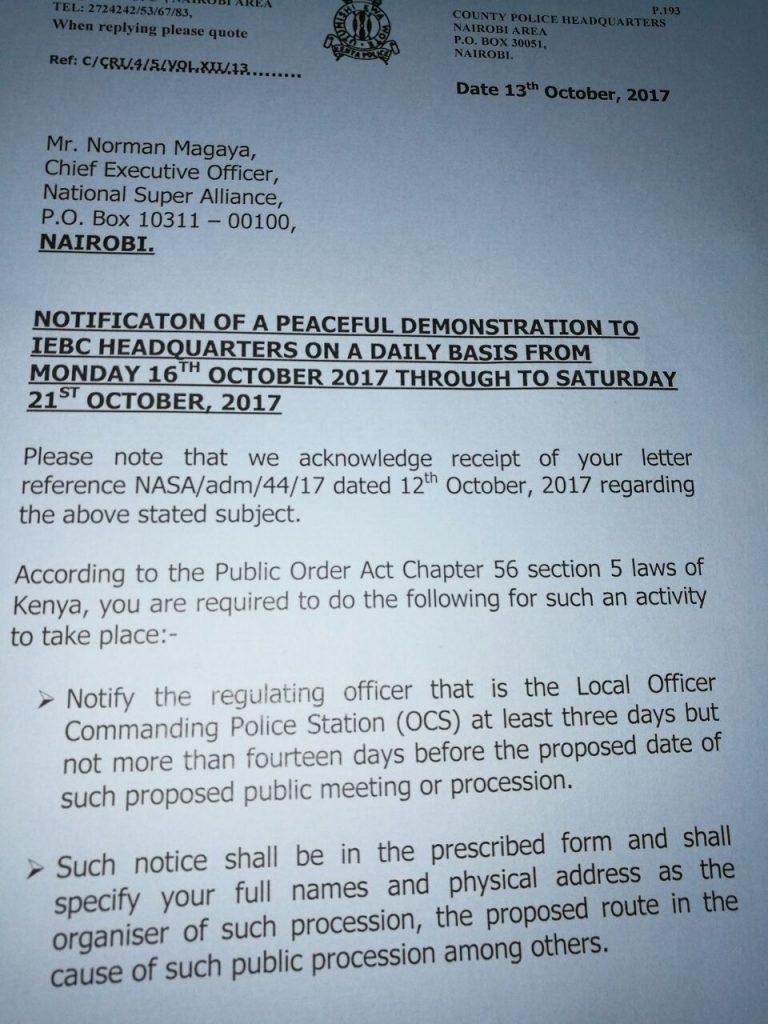 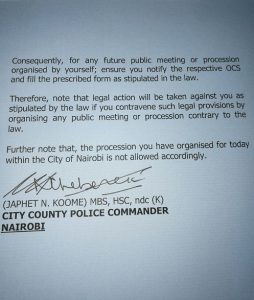 On Thursday, Acting Interior Cabinent Secretary Fred Matiang’i had outlawed street protests within the city centres of Nairobi, Kisumu and Mombasa and declared that Magaya will be held responsible for damages caused by Nasa supporters on Wednesday.

However, Nasa vowed to continue with the protests seeking to force out scores of top IEBC officials, saying the Public Order Act cannot override the Constitution.

No major i******t has so far been reported in Nairobi save for an early morning tear gassing of Nasa supporters who usually converge near the Ambassadeur Hotel to discuss politics.

Several members of the Bunge La Mwananchi were i*****d.

In Kisumu, Mombasa and other Nasa-leading regions, supporters have taken to the streets to demonstrate.