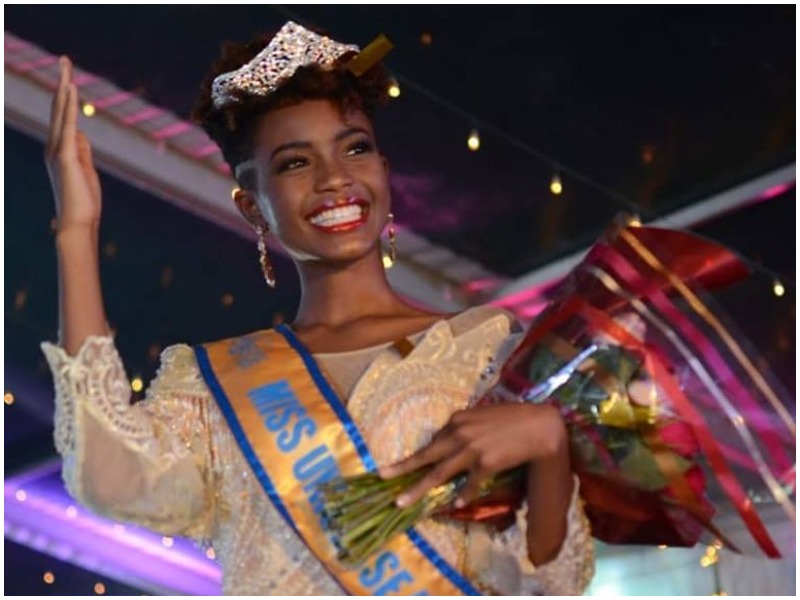 A Daystar University student was crowned Miss Universe Kenya 2018 at the beauty pageant held on November 3 at the Sankara Hotel.

Wabaiya Kariuki, 22, emerged victorious in a field of 15 finalists to become the ninth ever Miss Universe Kenya in the nation’s history.

The fourth year Actuarial Science student will represent Kenya at the Miss Universe pageant in Thailand that will be held on December 17.

Ms. Kariuki was crowned by Miss Universe Kenya 2016 Mary Esther Were who managed to place sixth at that year’s Miss Universe contest, the highest ever placing by Kenya.

First runners up in the contest was model Michelle Opiyo, with Elsie Stephens, the sister to President Spokesperson Kanze Dena finishing third.

Ms. Kariuki is a fashion model, having walked the runway at this year’s Entrepreneur Fashion Week in May.

She is also a commercial model and has appeared on a number of online advertisements for some local and international corporations.

Beyond being a model, Ms. Kariuki is also a singer. The Miss Universe Kenya 2018 also plays the violin.

The 67th Miss Universe contest will be hosted by Steve Harvey who made news during the 2015 pageant for having announced the wrong winner.

The Miss Universe 2018 will be crowned by the 2017 winner, South Africa’s Demi-Leigh Nel-Peters.