Although the police have been mobilized to implement social distancing in public transport vehicles, people should undertake personal responsibility. [ Photo / Metropol TV ]

The world-wide invasion of COVID-19 is such a stubborn health catastrophe that requires proper coordination, co-operation and utilization of resources to stop its monumental consequences. Leaders in Europe, which has become the epicenter of the medical crisis, have imposed lockdowns on their citizenry.

They have closed the borders separating their countries and blocked the rest of the world as a measure to stem infections. The US and Canada have followed suit on border closures except for transportation of essential goods. Indeed, controlling infections from outside is bent to limit them to those already existing inside these countries.

Bio-mathematicians have developed complex simulation models that enable the responsible authorities to make major decisions such as the timing for lockdowns. Countries with functional health care systems are providing the much-needed medical attention for the coronavirus victims.

Concerted efforts are being exerted to fast-track the discovery, testing, and validation of a vaccine for the disease. For the first time, competing countries are sharing information to wage a winning war on a daunting enemy that could bring down the world economy.

At the time of writing this article, 25 people in Kenya had been confirmed infected with the virus and 23 cases had tested negative. The numbers are likely to change given that there are people still in their incubation period after exposure.

People who might have been in contact with a particular Priest and a County Deputy Governor have been requested to surrender themselves to the nearest medical facilities for testing. The two who had returned from affected countries have tested positive.

The same public invitation should be made to people who have been in contact with other returnees who are not public figures. Alternatively, the quarantined returnees should provide the names of people they were in contact with before isolation.

The traumatized public, who have been yearning for an immediate lockdown, were informed that it would be declared on the attainment of identifiable parameters. Meanwhile, the whole nation is encouraged to observe basic hygiene habits such as washing hands with soap; sanitizing hands; not touching the face; not hugging or kissing and keeping at arm’s length social distance.

The national government has banned large gatherings and requested employers to allow employees to work from home. The Central Bank of Kenya in consultation and co-operation with commercial banks are exploring possibilities of rescheduling due personal loan payments.

Much is expected from the national government on drawing and implementing an appropriate economic stimulus in the wake of the pending economic recession. All arms of the government are working tirelessly to address coronavirus-related issues that could adversely disrupt every sector in the nation.

At the individual level, most people in urban areas are armed with information on how to prevent the spread of the deadly virus. The ball is on each person’s court to take preventive measures that would cumulatively arrest the life-threatening pandemic.

Amidst the confounding circumstances, it is important for the national government and county governments to consider other preventive approaches that seem to be currently ignored. Here are some of the approaches that could significantly contribute to stemming the spread of the pandemic.

Ban Travels Within the Country

The national government should be applauded for banning flights from other countries that have been affected by the coronavirus. While this measure is taking care of infections from outside, those likely to occur from travels within the country have been ignored.

People who do not know their status are fleeing to the villages thinking that they are safe havens. The seemly mass urban-rural movements will be a major transmission chain of the virus that could cause unimaginable infections to unsuspecting rural folks.

To curb this potential source of spreading the virus, the national government in collaboration the county governments should, now rather than later, ban travels between and among the counties. Alternatively, the responsible authority should limit all inter-county travel to day time 6.00 am to 6.00 pm for absolutely necessary matters such as burials and transportation of medicine, essential medical supplies and foodstuffs.

Supervision of Self Quarantine

When eight of the passengers who recently landed at JKIA tested positive, the rest who were in contact with them are being sought for self-quarantine. Although this measure of containing the virus is an immediate emergency response, it is riddled with uncertainties because of its lack of supervision.

Failing to trace and follow up on people who are in self-quarantine is reckless. Some probably have the virus in the incubation stage and are likely to infect unsuspecting public members.

Before the candidates for self-quarantine embark on the exercise, they would have had contact with other people who would be at risk of infection. Assuming that the person in self-quarantine is living with his or her family members, the latter too could be exposed to the virus.

To make self-quarantine effective, the national government should develop supervision mechanisms such as requesting the “quarantinees” to periodically provide information on their health condition.

The best alternative for those being released for self-quarantine should be mandatory quarantine in designated national or county government facilities. A few of the affected countries have used military quarantine facilities for cases of people returning from pandemic-hit regions.

With the discouragement of handshaking for greetings, people have resorted to either nudging each other with elbows or light simultaneous kick. This insatiable desire for body contact breaches social distancing and puts both people at the risk of infecting each other. The US and countries whose residents have not taken social distancing seriously are unable to wriggle out of the increased cases of infection.

Locally, people in press conferences are not observing the parameter of social distancing even when giving guidelines on preventive measures against the virus. As part of its COVID-19 preventive education, the national government should request its trainers to emphasize the necessity for social distancing.

Although the police have been mobilized to implement social distancing in public transport vehicles, people should undertake personal responsibility on the matter wherever they obtain public services.

People living in rural areas have been heard dismissing the coronavirus as affecting those residing in cities or towns. It has also been associated with air travelers from foreign countries. This misinformation puts the rural population at high risk of contracting a disease that does not discriminate based on location of residence; mode of transport and social status in society.

The national government should develop and implement a comprehensive communication strategy akin to the one that was used in the early years of the HIV/AIDS pandemic.

The national government should be commended for planning to conduct random testing of people to inform them of their status. Although such testing is advisable, its coverage would be a drop in the expansive ocean of the people available for testing.

Both national government and county governments should establish coronavirus testing clinics preferably located at the recent Huduma Numbers registration centres. People should be encouraged to voluntarily visit the units for testing and accorded the necessary medical care when their results are positive.

In the past when disasters have rocked the country, both the national government and NGOs have marshaled professional counselors to offer services to victims and affected families. Instead of waiting for large numbers of COVID-19 cases to occur, concerned authorities should begin constituting teams of trained counselors to standby to offer service as and when required. Counselors should also be deployed at testing centres to address the psychological needs of the infected or affected people.

Medical facilities and human resource are likely to be overstretched in the event of the virus getting out of hand. There is a need, therefore, to urgently recruit and deploy short-term contract health workers. There is also an urgent need for supplies such as Personal Protective Equipment (PPE) to avoid transmissions within the hospitals. It is worth noting that every employer is required by law to ensure the health and safety of employees. 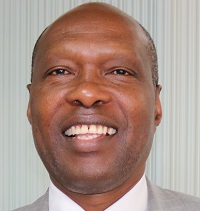 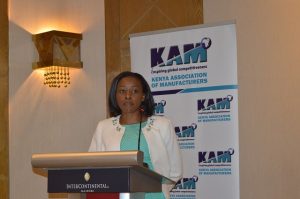