There's nothing to gain if the cost of energy is our lives, health, and the general ecosystem. Photo / capitalfm.co.ke

Kenya is one of the few countries that depend on renewable energy options for more than 50% of energy supply.

The country relies heavily on hydro-, wind and solar for most of its energy needs, earning it a global seat among the energy elites.

This project will supply at least 17% of the country’s installed capacity. This nine-year success story would make you think the government will only polish its renewable energy profile further up. Surprisingly, however, despite the success of wind and solar, the government is thinking about venturing into coal energy.

Coal energy has its advantages including reliability, affordability, and abundance, while technologies can ensure optimization, safety, and efficiency. Advancement in firing plants has ensured that coal, gas, and oil are the world’s largest sources of energy.

But is it really a new age option for power in Africa?

Coal power plants have obvious significant disadvantages including Greenhouse Gas (GHG) emissions, which are massive and a reason why many developed countries have started shutting down the plants. They include mining destruction, which is irreversible; generation of tonnes of waste after the coal is burned; and emission of harmful substances that have adverse effects on people and even the larger ecosystem.

In the USA, more than 289 coal power stations have closed down since 2010, approximately 40% of the USA’s coal power capacity with only 241 plants in operation.

This trend is even faster as more than 51 stations have been closed since Donald Trump came into office with most arguing that the economics no longer makes sense and pressure from environmentalists growing.

After all this, you’d think our policymakers can learn from developed countries and offer PPAs (power purchase agreements) to projects that will ensure the safety of the people and make economic sense and keep the environment intact.

The now-stalled 1000+MW project expected to cost up to $2 billion (Ksh200 billion) owned by Amu Power was expected to be put up on more than 900 acres of land in Lamu. Several lobby groups managed to halt the licence but not entirely stopping the project as the ruling ordered Amu Power and NEMA to start a new EIA (Environment Impact Assessment) licensing process to ensure they complied with the law.

The previous license was cancelled but the project is still on the books with the Amu boss pledging to sort issues and start the mega project on the Lamu island. The government was also against the tribunal ruling labeling the people who pushed for the cancellation of the licence as enemies of progress.

Let’s be clear. Affordable energy is good, but beyond energy we have life and why would we turn back to energy options that are being dismissed all over the world just to get a few people employed and companies whose bosses won’t live around the power plants richer?

As a country, we should push for a clean energy policy, as there’s nothing to gain if the cost of energy is our lives, health, and the general ecosystem. If we don’t prioritize environmental protection all that energy will go into hospitals where people will have lit bulbs and failed lungs. 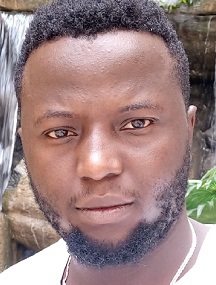 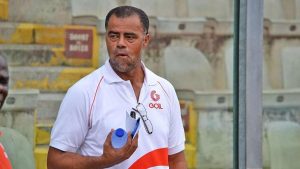