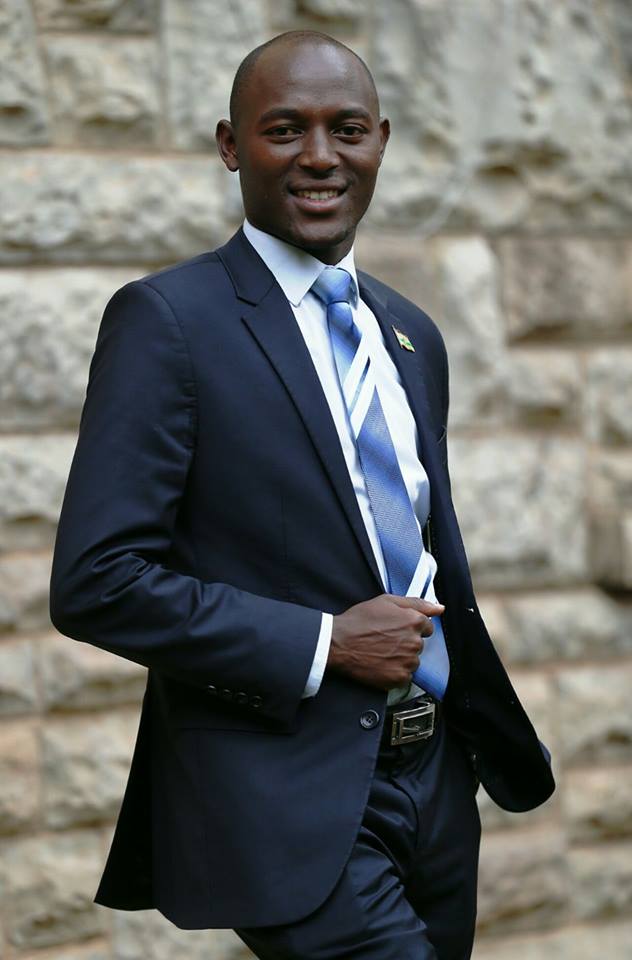 A Citizen TV journalist, who was recently clobbered by police at Jomo Kenyatta International Airport (JKIA) while covering the deportation of lawyer Miguna Miguna, has won hearts after going beyond his duty to take a child marooned by floods to safety.

Political affairs reporter Stephen Letoo was in Nyando, Kisumu country, possibly on way to Kakamega for the devolution conference when the incident took place. Heavy rains have been pounding the country in recent days. Tuesday’s rains, which caused chaos in various parts of the country, including the capital, Nairobi, saw President Uhuru Kenyatta’s trip to Kakamega to open the annual devolution conference abort.

The lady had appeared confused or lost and unable to cross the road when the officer stepped in.

On Monday, another traffic police officer identified as Police Constable Abdi Galgalo was hailed by, among others, Inspector General of Police Joseph Boinnet for defying the floods to guide traffic along the Nairobi/Mombasa highway at Sultan Hamud. 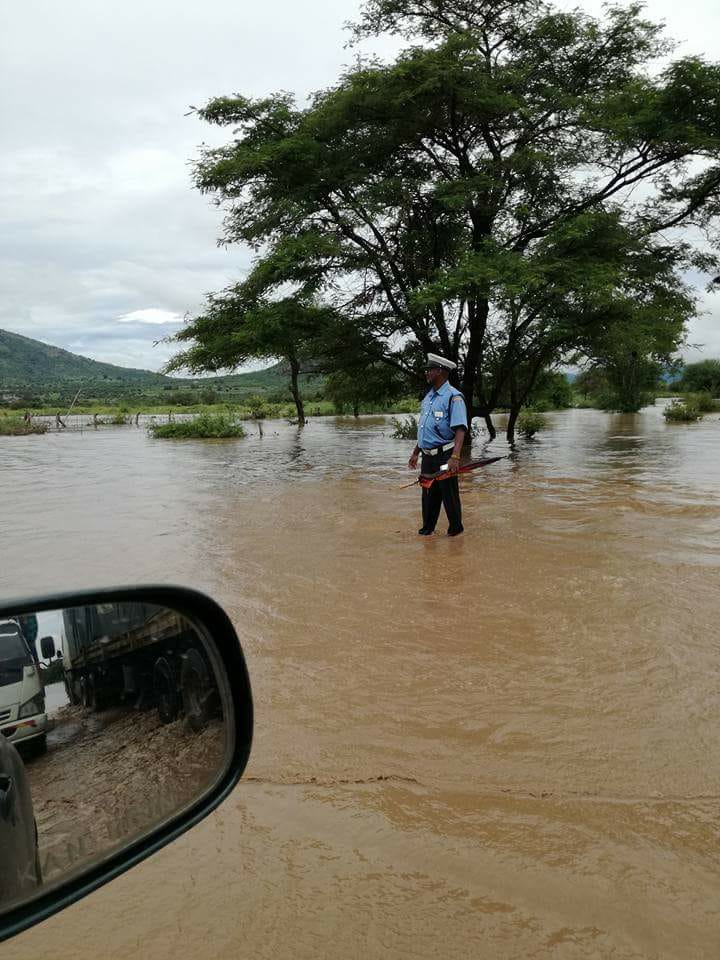 “IG @JBoinnet commends Police Constable Abdi Galgalo of Sultan Hamud Police Station captured by a motorist while directing traffic on a flooded section of the Nairobi/Mombasa highway. His action exemplifies the selfless service rendered by many officers to Kenyans each day,” a tweet on the National Police Service twitter handle read.

Kenyans, who reacted to the two incidents, aver it could be a pointer there are still good eggs in the discredited security services.

Last week, a Kenya Wildlife Services (KWS) ranger Philip Wesa was also in the limelight for hoisting a disabled schoolgirl on his back and up a hill for a view of Chania falls at the Aberdare National park.

Deborah Nyaboke from Joyland Special School in Kisumu had been left behind in the school bus by her schoolmates who went to view the waterfall.