Chris Kirubi says he's proof that cancer can be cured and appeals to Kenyans to take the test. [ Photo / Business Today ]

Kirubi was flown to the United States in November 2017 for four months of treatment after being diagnosed with cancer of the colon. In a video to investors, managers and board members of Centum Investment, where he is chairman, Kirubi says his cancer was discovered early enough to be managed successfully.

But he won’t resume his corner office at Centum Investment any time soon as his condition remains vulnerable. “I am not coming to the meeting today because my resistance levels are very low and I may pick any germs in huge crowds,” he says, looking more energetic. “Next year will be in that meeting and be one of you.”

His revelation serves as a message of hope to thousands of cancer patients and their families many of whom have despaired especially after recent high-profile cancer-related deaths of Safaricom CEO Bob Collymore on 1st July 2019 and Bomet Governor Joyce Laboso on 29th July.

In the video, Kirubi turns into an anti-cancer crusader and offers tips to Kenyans on how to prevent or manage the condition. “Now turning to the disease that’s ravaging everybody in the countryside called cancer,” he says, “I will like to appeal to all our members, all our investors that you need to check your status.”

During his treatment, Kirubi went off the public radar for nine months. The first images of a frail Kirubi in March 2018 shocked Kenyans and elicited lots of get-well wishes from across section of Kenyans.

Over the past few months, he started appearing in public at selected functions and was even hosted on a KTN business talkshow, a major sign that he was on his way to full recovery. Last month, he returned to the hospital in the US for check-up, unsettling a number of his fans.

“Cancer is not devastating if it’s discovered in the early stage,” Kirubi says in the video, which has been shared on social media by Capital FM, his digital media division. “Make sure it is discovered in the first or second stage; by that time it is possible to cure cancer. Do not allow cancer to get to the third or fourth stage because it becomes very difficult for the doctors to cure us.”

He said as a victim of cancer, he wouldn’t want anyone to suffer the effects of the full-blown version of the disease. “I am appealing as one of the victims to make sure you do not undergo a major attack of cancer. It is a disease that can be taken care of if we test our blood from time to time to know what is happening to our bodies.”

The flamboyant tycoon, now in his seventies, has invested in several publicly listed as well as private companies and is considered one of the richest Kenyans. He is the single-largest shareholder of Centum Investments with a 28.64% stake and holds leadership positions in more than 10 companies and organisations.

“I would not like to see any investor in our business get cancer,” he says. “See me as a reminder that cancer can be cured. And I want you to believe in it by taking care of your body. Doctors are available in rural areas and you just have to make an effort to see a doctor to profile your blood for cancer cells and you will live for a long time.”

Kirubi has a vast business empire from broadcasting (Capital Media Group) to manufacturing (Haco). The Harvard Business School Alumnus heads the board of Nairobi Bottlers, a local franchisee of global beverage firm, Coca-Cola.

His parting shot in the video is a message of hope laced with the hard truth of cancer: early diagnosis can save you from an early grave. “Let’s make a motto to defeat cancer,” he says. “Prayers help but prayers alone won’t cure cancer. God helps those who help themselves and to help ourselves we need to check our status.”

“Let’s make a motto to defeat cancer,” he says. “Prayers help but prayers alone without doing something won’t cure cancer.They say God helps those who help themselves and to help ourselves we need to check our status.” 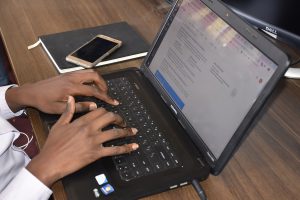