The norm in Kenya is that for decades, the economy has remained largely informal but the gig economy is traversing and filling the gaps.

Operating across several sectors, including driver and rider services, personal and household services business services, delivery services, professional services hospitality and medical care, the online gig economy in Kenya is coming as an answer to the ballooning unemployment statistics.

According to a report by Mercy Corps, the online gig economy has gradually grown in Kenya over the last decade. With this growth there has been a transformation on how Kenyans access work. This sector is gradually transitioning young Kenyans towards more accessible, competitive and consistent job opportunities.

With the overall unemployment rates standing at 26.4%, and the Kenyan economy’s inability to provide employment opportunities, the gig economy is increasingly providing alternative economic opportunities.

Gig work is gradually changing the nature of how Kenya’s workforce accesses jobs. It is gradually shifting the access of work opportunities from informal to digital platforms. Hence, it is offering new revenue streams, creating more stability and formalising work conditions.

“The challenge is more pronounced in the youth bracket with 15-34 year-olds accounting for 84% of the unemployed in Kenya. Additionally, the country is experiencing a ‘youth bulge’ with approximately 20% of the country’s population made up of youth between the ages of 15 and 24-years old.”

This ratio of youth is above the world’s average and Africa’s average of 15.8% and 19.2%, respectively.

It notes that this lack of knowledge limits the investment in the development and growth of the gig economy and the ability of policymakers to understand the experiences of workers and employers.

Thus, it is “proving a challenge for the development of evidence-based policy responses”.

The gig economy refers to a labour market that is characterized by the worker being independent where their work is short-term in nature. This way, the gig worker performs work on a short-term or task-by-task basis.

In addition, the worker is paid by the task as opposed to those workers who receive a salary or hourly wage.

Online gig work falls into three categories with tech-intensive work requiring high digital skills and is created through the production and use of technology e.g. web designers. 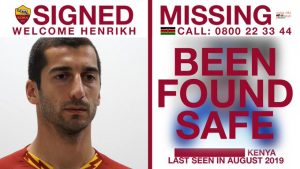