Matatu Workers Union (MWU),Transport Workers Union (TAWU) and the Public Transport Operators Union (PUTON) joined in solidarity to protest the exclusion which they described as suspect.

The workers flanked by International Transport Workers Federation (ITF) country project assistant Stephenson Kisingu held a procession from TAWU offices in Nacico Plaza on Landhies Road to the Ministry of Transport offices in Nairobi to present their petition to the Transport Cabinet Secretary James Macharia.

Dan Mihadi, the TAWU Secretary General said the workers have been locked out of meetings and deliberations on the implementation of the proposed BRT System which is projected to ease traffic congestion in Nairobi City.

“They have Matatu Owners Association on the NAMATA board but not us, the people who work on a day to day basis. We are the ones with the technical knowledge of the day to day running of the industry, we should be included,” Mihadi said.

Kenya is implementing an integrated transport system that will see the country use trains and the BRT buses to minimize the number of Public Service Vehicles (PSVs) on roads.

“Meetings are held in secrecy and we are left in the dark not knowing what is going on, we need our members to be represented in those meetings so as our views are heard,” Kisingu lamented.

The Ministry of Transport has already finalized the purchase of the first batch of 64 BRT buses to be used for the pilot scheme and they are ready for shipping from South Africa, with negotiations ongoing to procure 11 diesel trains from spain.

The BRT will run in collaboration with the private sector.

Housing and Urban Development Principal Secretary Charles Hinga has however reassured the workers of their involvement.

“The BRT comes with job opportunities for all of you, we will work with your union leaders to see Matatu workers are represented. You are the most important stakeholders,” Hinga told Matatu workers outside Ministry of Transport Offices at Transcom House.

Nairobi City will require about 900 BRT buses and will be manufactured locally following the pilot phase.

Some of the mooted specifications of the BRT buses include two doors on the right hand side, driver controlled safety gadgets, roll over cage structure, stainless steel frame and electronic cash system among others. 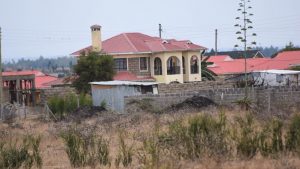