The government has approved the establishment of the Kenya Export Promotion and Branding Agency (KEPROBA), to take over the roles of Exports Promotion Council and Brand Kenya, which have been dissolved.

The new agency will be headed by Jas Bedi as the Non-Executive Chairperson while Jacqueline Muga, Kathleen Kihanya and Mark Bichachi will serve as private sector representatives on the Board for a period of three years.

Principal Secretary for Trade Dr. Chris Kiptoo said the functions of the agency would include advocating, coordinating, harmonizing and implementing export promotion, national branding initiatives and policies that promote Kenyan goods and services in export markets.

It will also be mandated with the task of collecting, collating, disseminating, serve as a repository of trade and Kenya brand information, encourage and monitor the observance of international standards and specifications by exporters.

The PS said KEPROBA would also be required to promote and brand Kenya as a supplier of high-quality goods and services and ensure that there is harmonized application of the national mark of identity for Kenyan goods and services.

He said for the country to continue flourishing in trade, the new agency would have to formulate and implement strategies that could improve balance of trade, foreign exchange earnings, retention, offer technology upgrading, quality, and design improvement.

Dr. Kiptoo noted that while discharging its duties, the agency would be guided by market development, promotion and national branding, trade information, business counselling service, enterprise and product development, research and policy facilitation. 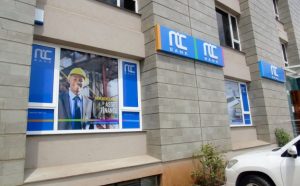