Controversial blogger Cyprian Nyakundi. He has been arrested over an extortion plot.

Controversial blogger Cyprian Nyakundi has been arrested over a botched plan to extort Ksh17.5 million from unidentified victims.

In a post on twitter, the Directorate of Criminal Investigations (DCI) also confirmed that they had arrested Emmanuel Nyamweya Ong’era alongside Nyakundi for the same reasons.

According to the DCI, the two had already received Ksh1 million as a downpayment to pull down libelous posts published on their blogs.

DCI, however, says that the downpayment has already been recovered and the suspects are set to be arraigned in court tomorrow.

Nyakundi is no stranger to controversy though, he has been arrested before for defaming Interior Cabinet Secretary Fred Matiang’i.

The case, however, failed to take off over Matiang’i’s failure to show up in court as a witness.

Nyakundi has also been dragged in court for publishing defamatory tweets against the late Safaricom Chief Executive Bob Collymore as well as Bidco CEO Vimal Shah. 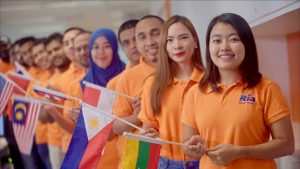