Betway in conjunction with St John Ambulance facilitated a medical training camp for football teams at the Dandora Stadium on 31st October and 1st November.

The two-day medical training camp began with theory on the first day, followed by practical applications on the second.

Despite the community stadia being refurbished by the local council and teams being motivated by the improved facilities, most teams lack the appropriate equipment and training to provide adequate medical care.

Due to financial constraints and other external factors, some teams lack basic healthcare knowledge and often do not have access to suitable medical training or medical facilities.

These concerns caught the attention of Betway which, in keeping with its commitment to football, set up the medical training camp to better prepare the sides for medical emergencies.

Founded in the late 1960s, Hakati Sportiff – a community-based club in Makadara, Nairobi – is one beneficiaries. One of their players, Vincent Ochieng Ogono, lost his life in October 2017 due to lack of proper on-field medical attention. Vincent suffered a concussion in the field and died in hospital.

In addition to the medical training camp, Betway also donated training equipment such as balls and bibs for Hakati Sportiff FC and the 16 other teams that use Dandora stadium as their home ground.

“We have seen a gap in our sports scene that has greatly affected our teams here in Kenya and we decided to come in and help out where we can,” said Betway Country Manager, Leon Kiptum.

“We are glad that St John Ambulance was willing to come on board and assist. We hope to affect more teams around the country with this initiative.”

The teams received certificates from St John Ambulance after completing the training. The training aims to not only impact the teams but their communities. 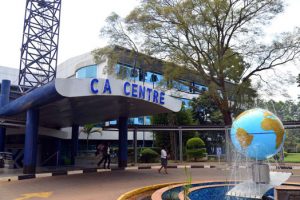