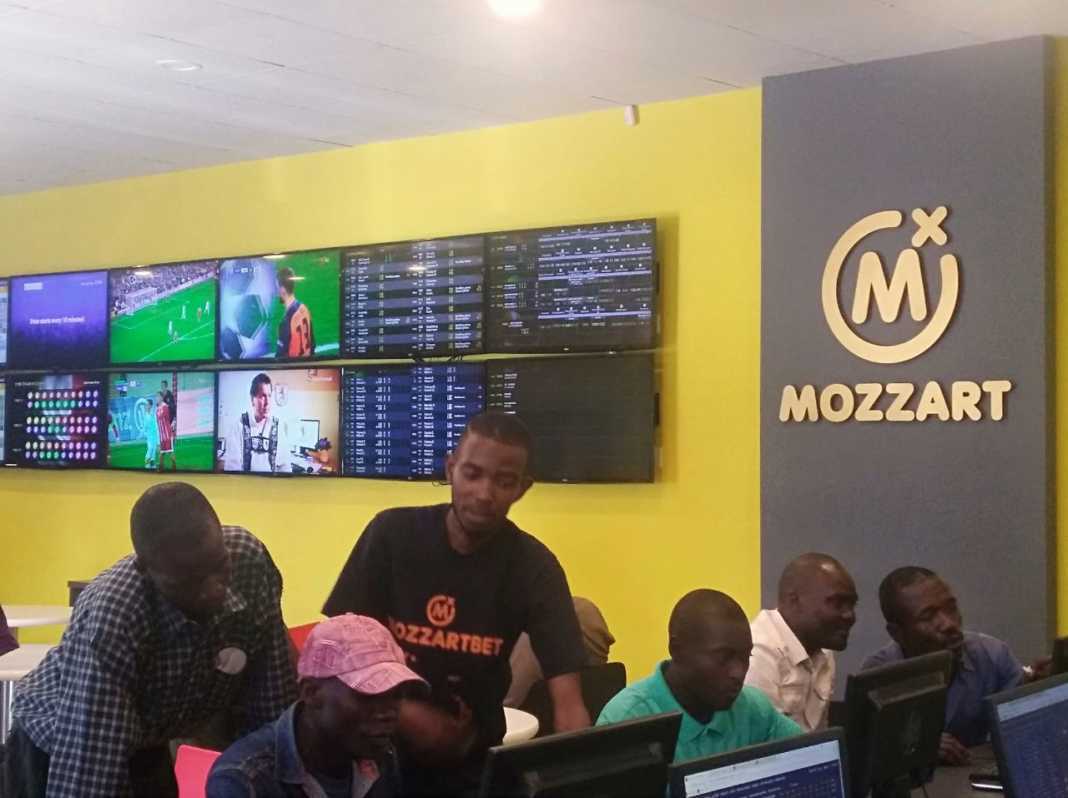 Punters at a Mozzart Bet shop in Kenya. The government wants to seize Ksh640 million from the firm after becoming convinced that the money is being laundered.

Betting firm MozzartBet is under investigation by the government after the Assets Recovery Agency questioned the source of the Ksh640million the company wired to a businessman’s bank accounts within five months.

The state agency in court documents has flagged the transactions and wants an explanation on the source of the funds wired to Kimaco Connections between February and August.

The agency is convinced that the Ksh640 million was not generated from betting services offered by the company and the saga is set to rekindle questions on the nexus between betting companies and money laundering in Kenya.

The ARA wants the money forfeited to the government after dismissing Mozzart’s initial explanation that it paid the money to acquire software from Kimaco Connections which the latter subcontracted another firm — Open Skies Management Services, —to deliver.

Peter Kiilu, the owner of Kimaco Connections, allegedly wired Ksh242 million to Open Skies Management Services, which is owned by Zimbabwean Emmanuel Charumbira and a shareholder of Mozzartbet.

The agency says that the unclear source and wiring of the cash to a web of accounts, including some owned by MozzartBet, point to a money-laundering scheme.

Of keen interest is that the highest amount sent in the scheme in one day is Ksh50 million while the lowest was Ksh1.8 million.

The ARA says that MozzartBet sent a total Ksh256 million within five days to Kimaco Connections, flagging the funds as suspicious. The funds were later moved to an account at Co-operative Bank.

From the account, Mr Kiilu moved Ksh150 million to a fixed deposit account and left a balance of Ksh101 million.

The company had between February and June received Ksh384 million from the betting firm, pushing receipts from Mozzartbet to Ksh640 million over five months.

Some of the money was also wired to Pescom and Power Energy in transfers that were marked by intra-accounts trading.

The agency says in court documents that the use of mobile money transfer services to transfer funds from MozzartBet and Kimaco Connections was a carefully crafted scheme to avoid declaring the source of the funds.

“Preliminary investigations have established that the respondents through its directors, representatives or agents were involved in a complex scheme of money laundering activities involving several entities and companies,” said Stephen Githinji, a prosecutor attached to ARA.

The agency alleges that the funds were later distributed to various companies associated with directors and shareholders of the betting firm.

It says that investigations showed that shareholders of MozzartBet Kenya Ltd are Loncar Koviljka, a Serbian, Zimbabwean Charumbira, and Musa Sirma, a former MP.

Mr. Charumbira is a director of both MozzartBet Africa and Open Skies Connections, the firm that was allegedly sub-contracted to supply the software.

See Also>>>> Betting Features Every Punter Needs to Try Out