It is important for everyone to understand the importance of FDI and how it can make or break the economy of a country.

Foreign Direct Investment (FDI) is the process where international companies invest in foreign countries. This investment can take different forms. One way is through purchasing capital within the foreign countries borders with the goal of increasing the profitability of their enterprise, another way can is through spread betting via City Index where investors do not actually own an underlying asset, but rather bet on whether the price of an asset will rise or fall.

Regardless of the method through which FDI enters the country, the influx of foreign money means more growth for their own economy. Therefore, a symbiotic relationship exists in which everyone benefits from FDI. What we are seeing now is that countries act in the same way as a business, making the country look as attractive as possible to attract these multinational companies into their borders. But what are the factors that Multinationals are looking for while expanding?

A major factor which attracts foreign investment is attractive wage rates. A company looking to produce shoes would have to pay a minimum wage rate of $15 dollars in the US however in the Indian sub-continent they could get away with paying someone $1. In the competitive market of today, keeping your costs as low as possible is essential. Taking advantage of countries with low wages is a sure way to keep profits in the green and ensure steady growth.

However, having a low wage rate is not the only factor which attracts FDI, as we see a lot of countries with high wage rates nevertheless attracting massive foreign investment. Other factors include skilled labor, favorable tax rates, political stability, investor confidence as well as access to free trade areas.

These factors will each weigh differently depending on the multinational company and their reasons for investing. For example, whereas many African countries attract foreign investment due to the abundance of natural resources, countries like Singapore attract even more FDI because of its reputation of being a business-friendly county.

Emerging markets are described as an economy that is progressing towards becoming more advanced, through rapid expansion and industrialization. FDI fuels this expansion and provides many opportunities for foreign investment. In a Bloomberg analysis using growth ,yields, current-account position and asset evaluations, the most attractive emerging markets were identified. Mexico came out as the most attractive, while Turkey, Czech, Poland and Malaysia followed in the top 5 positions.

According to Takeshi Yokouchi, a senior Fund Manager in Tokyo, Turkey and Mexico are very attractive for investors due to their solid fundamentals and high yield. Government bond yield in Turkey was as high as 13%, China’s yield in comparison was only 3.9%. This does not mean that Mexico and Turkey’s economy are doing well, in fact they both were two of the worst performing currencies against the dollar. This is however good news for investors wanting to enter cheap markets.

According to the Global Finance FDI Index, an algorithm that combines historical measures of FDI performance with forward looking measures of FDI appeal the United Kingdom came out on top despite market tension caused by Brexit. The United Kingdom has a reputation of being a global trade giant with a highly competitive financial sector. Investor confidence in this area is unbreakable, even through Brexit there is the belief that invested money will be secure.

Singapore came in at second. Boasting zero natural resources the country was able to rise to this position due to its highly developed financial sector, impeccable rule of law and attractive tax laws. Importantly the country is seen as a gateway into Asia for the rest of the world, which is a very favorable position to be in. The Netherlands, Ireland and Australia occupy the 3rd, 4th and 5th spots, respectively.

The United Kingdom has a reputation of being a global trade giant with a highly competitive financial sector.

The only African Country on the list is Ghana, who came in at number 10. The country offers one of the most stable political environments on the continent which has worked in its favor with FDI. On top of this the abundant natural resources have attracted many foreign countries into doing business.

As we move toward the idea of becoming one global village it will become even more important for everyone to understand the importance of FDI and how it can make or break the economy of a country. FDI provides a mountain of opportunity for emerging markets, as well as to businesses who wish to compete in developed markets where opportunity and stability is the standard course of action. All it takes is a bit of research and thinking outside the box. 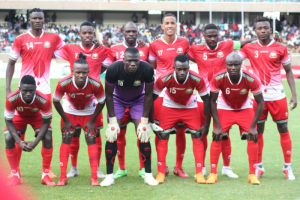