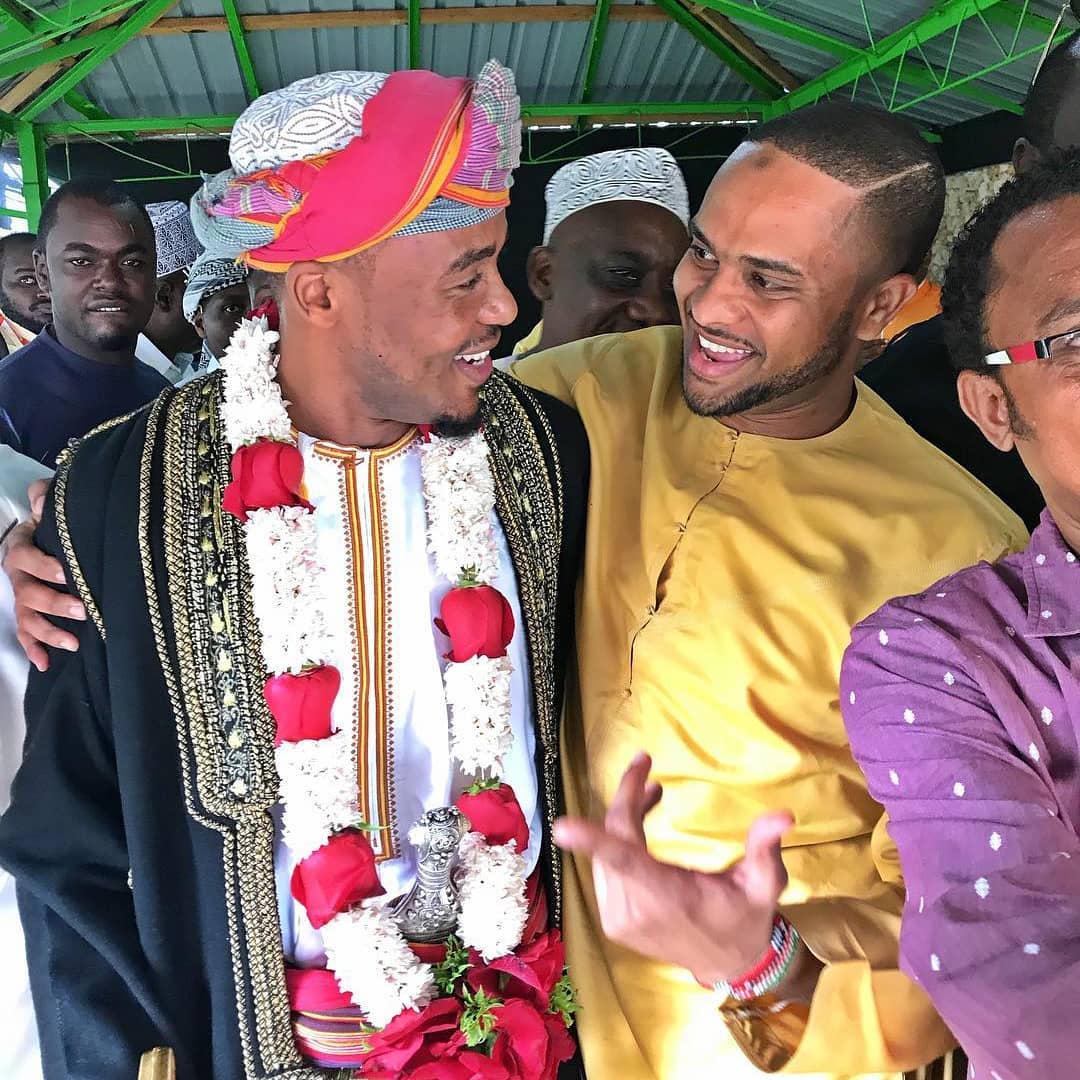 The ceremony, known as Nikkah where a man goes to the mosque to say I do, was conducted at Masjid Ummul Kulthum Mosque.

It was attended by Mombasa politicians including Governor Hassan Joho.

Alikiba was accompanied by his younger brother Abdu Kiba, his best man. The musician was dressed in a black gown, a turban and a dagger – a custom for Swahili weddings.

“I Ali Saleh do accept to take Amina Khalef as my lawfully wedded wife,” said Alikiba as directed by Sheikh Mohammed Kagera who officiated the marriage.

The wedding was conducted early morning to avoid “gate crashers”.

Journalists were barred from covering the event which was aired live on Azam TV, a Tanzanian broadcasting channel.

The reception will held at Joho’s mansion in Vipingo Ridge, Kilifi.

In the evening, the bride will ‘walk down the aisle’ at Diamond Jubilee hall in Kongowea in a women-only event as per Swahili traditions.

“Mr Joho is our family friend, I brought him up and assisted him in his campaigns and that’s how we grew closer. When my daughter told me about a man who had fallen in love with her, I enquired. When I knew Mr Joho was involved I blessed the union,” the mother of the bride Asma Said.

Ms Said, a renowned campaigner in Kongowea, said she never expected her daughter to marry a foreigner or a celebrity.

“But when I realised that it was God ordained, I blessed the two. Alikiba is a good, responsible and disciplined man. I wish them the best. My daughter is happy and in love,” she added.