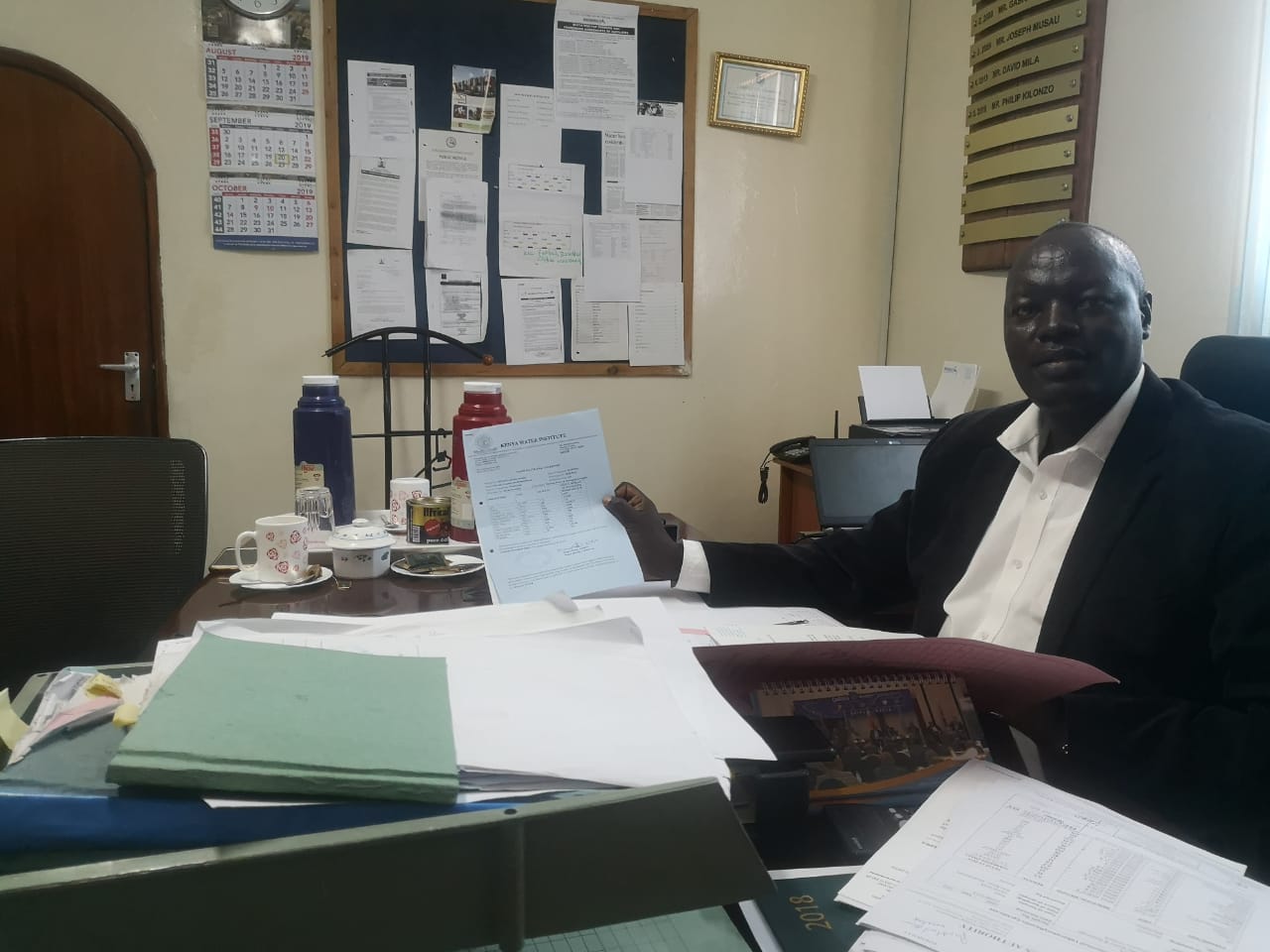 The sewer line from London Distillers Kenya Limited has been disconnected by Mavoko Water and Sewerage Company (MAVWASCO) working with the Export Processing Zones Authority (EPZA).

The water company says after analyzing samples of the effluent from LDK’s distillery, it found they do not meet the standards set by the Environment Management and Co-ordination Act (EMCA) and Water Regulations 2016.

“This is really affecting the performance of the treatment plant at Kinanie and of late we have been accused by National Environment Management Authority (NEMA) of polluting Arthi River,” says Mr Michael Mang’eli, the Managing Director of MAVWASCO.

In a letter dated September 18, 2019, to London Distillers Kenya Limited, Mr Mang’eli raised concerns about the sewer line and cited NEMA’s accusation of polluting Athi River. MAVWASCO has given LDK two weeks to improve wastewater treatment failure to which it would be barred from discharging to the public sewer.

EPZA, which has suspended LDK’s permit to discharge its effluent to public sewer, says test results from reputable laboratories indicate that LDK discharges effluents hazardous to human beings, the environment, and other organisms.

EPZA Chief Executive George Makateto said there is enough evidence confirming the effluent being discharged from LDK’s distillery to the public sewer line owned by the authority is hazardous.

“We as an organization do not support any act that will result in pollution and endangering the lives of both human beings, environment, and organisms by allowing you to continue discharging such waste into the EZPA sewer line,” Mr Makateto says in his letter, dated 20th Sept.

London Distillers Kenya Limited, the alcoholic beverage factory, based in Mavoko, Machakos County, was last year given six months by the National Assembly Environment Committee to control toxic discharge from its facility.

This was after residents of Great Wall Gardens on Shanghai Road in Athi River and adjacent areas filed a petition in March 2018, accusing the alcoholic it of subjecting them to health hazards.

MAVWASCO has given LDK two weeks to improve wastewater treatment

“It should implement the best technology towards cleaning of all resultant industrial by-products from its premises before release to the environment,” the report stated. “Failure to implement the recommendations the factory should be closed or be relocated to other suitable areas.”

In the spirit of coexistence, Erdermann Property Limited also wanted all government agencies and regulatory institutions involved to allow construction works to go on, particularly NEMA, which has declined to fast track approval of licenses for the construction of Greatwall Gardens phases 3,4,5,6, and 7.