Airtel Kenya CEO Prasanta Das Sarma. Airtel is set to pass of its VAT relief as airtime bonus for its subscribers. [Photo/Courtesy]

Airtel has offered to give 2 percent bonus airtime to all its prepaid customers for all recharges following the government’s announcement on the reduction of the Value Added Tax (VAT) from 16% to 14%.

Prepaid customers can use the bonus to purchase airtime for voice, data, SMS or bundle purchases while postpaid customers will have the benefit of the 2 per cent tax relief reflected on their monthly bills.

The bonus will automatically reflect on customer accounts upon every recharge from the various options including recharge vouchers, E-PINS, Airtel Money & Pin-less top ups.

Chief Executive Prasanta Das Sarma expressed his gratitude to the government for the tax relief and assured customers that Airtel will keep offering products and services that will help reduce their burdens during this unpredictable period.

“Airtel continues to extend a helping hand since the onset of the coronavirus pandemic in Kenya starting with its partnership with Longhorn Publishers to offer free internet access on its network to allow continuous learning through the latter’s e-learning platform that enables students to study and revise online,” said Mr. Das Sarma.

The company has also offered further discounts on some of its products such as the 4G pocket WIFI and 4G smart box as it seeks to capitalise on the demand for internet which is at its highest at the moment.

Airtel’s new offering is as a result of measures introduced by the government last week to cushion a virus hit economy bracing itself for the very worst.

Airtel on The Offensive

With different players enhacing their internet offering each day, Airtel has moved to cement its subscriber base and bring more customers on board.

Telkom is set to expand its reach to marginalised areas after its business partner, Loon an affiliate of American blue-chip company Alphabet was granted permission to fly its baloons in the country.

According to latest Communications Authority of Kenya (CA), Airtel currrently boasts of 25.9% of the mobile subscriptions market share compared to perennial competitor Safaricom which commands 64.8% of the mobile population. Telkom recorded 6.2% of the market share.

This latest initiative is likely to lure more subscribers to Airtel’s corner, adding to to the impressive gain it recorded in q4 2019 by being the only telco to gain subscribers. 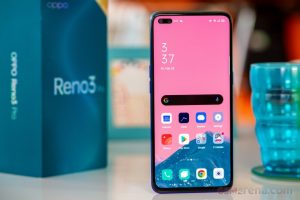