Advertising for gaming and gambling is the 2nd largest sector in terms of revenue to the media industry.

The Association of Practitioners in Advertising is opposing the proposed ban on gambling adverts. In a press release placed in sections of the press, the Association stated that the ban will affect the advertising sector the most as they will not gather as much revenue as they do currently.

The Betting Control and Licensing Board (BCLB) on April 30 ordered a ban the advertising of gambling on social media as well as on mainstream media from 6 am to 10 pm beginning June 1. This is after it was noted that there are so many gambling adverts on TV and it could be affecting the children who are always glued on the screen. The ban is set to take effect from May 31st.

Advertising for gaming and gambling is the 2nd largest sector in terms of revenue to the media industry. The association laments that the restrictions will have a major effect on revenues to the sector.

“These restrictions will drive the advertising for these products offshore, where the Kenyan media economy will lose cut to international media platforms that are not subject to such restrictions , thereby depriving the exchequer of aforesaid tax revenues accruing from local advertising and contributing to capital flight”, a release from the association posted on Monday’s Daily Nation reads in part.

The Association further said that there has been gaming and gambling products in existence since the late 1960s but it’s only now that the gambling problem has risen. They also made sure to note that majority of consumer goods prize competitions that are intended to reward purchasers should not be classified as gaming and gambling.

As part of a solution, the umbrella body of Advertising agencies suggested convening of an industry stakeholder forum to deliberate on the measures that should be undertaken to control the advertising by the gaming industry. They even went ahead to suggest who the stakeholders in the forum should be.

The Association also suggested the formation of a central gaming player database by the Betting Control and Licensing Board. According to the Association, the aims of the database should be to; Gather information on the patterns of betting; Enforce spending limits and Identify then help problematic gamblers.

The rise of gambling ads in mainstream media is evident. Some are legit but others are just scammers looking to extort Kenyans. The difficulty of differentiating the two is part of the reason the government banned the advertising of gambling. 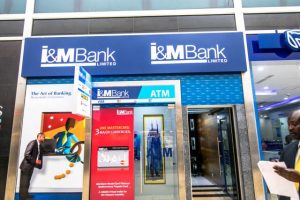