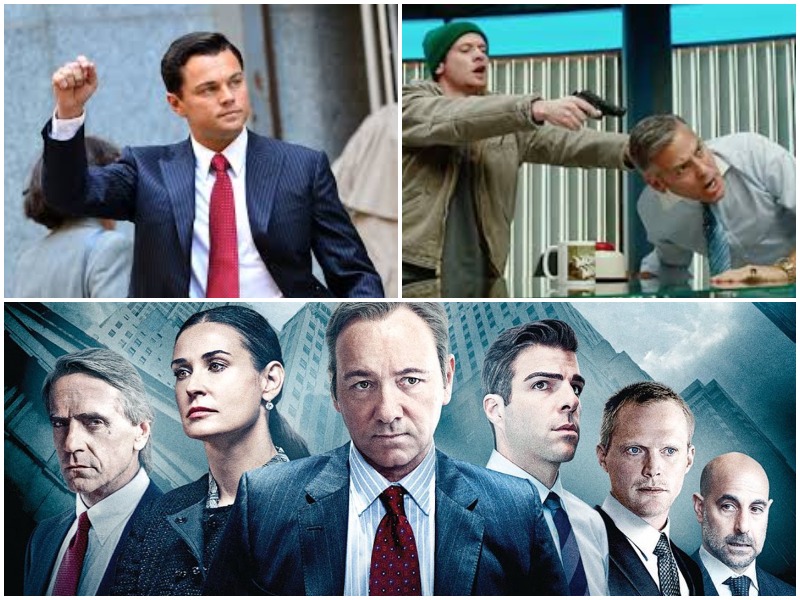 Money, stocks and a lot of financial jargon.

With sleek shiny suits, well shaped briefcases and wise decision making, portrayals of the stock market on the silver screen displays glamour but also the thin line between success and capitulation.

Here are some movies from Hollywood which have the stock exchange as an intense part of the story. (in no particular order).

The movie comes to a tragic end, but it tells of the worthy virtue of actually finding out what’s going on.

In the film, an irate investor takes a TV show h*****e, wielding a g*n at a financial TV host. While demanding that the TV host actually tell his viewers the truth of why the stock market is not making money for the commoner, the situations grow tense.

The movie leaves the viewer with a lot of soul searching.

[Read: The 11 most powerful women in corporate Kenya]

Billed as a comedy-drama, the film follows multiple storylines. All the stories point to the common theme of taking advantage of a looming financial c****s.

A group of investors bet against the US mortgage market and in their research discover a flawed and c*****t market.

In the multiple storylines, a c****s of what to do when there are d****y consequences that could befall the rest of the world while others are enriching themselves.

[Read: Top 11: Banks at the NSE ranked by company worth]

The Wolf of Wall Street

This film was banned in Kenya by self-proclaimed moral police Ezekiel Mutua.

Reasons behind the banning of the movie ranged from “extreme scenes of n****y, s*x, alcohol, d**g taking and profanity.”

Beyond the explicity of the vices, the film itself is a retelling of the real life story of Jordan Belfort.

Based on a book by Belfort, the movie chronicles the stock broker’s rise and eventual downfall that saw him a******d for f***d.

[Read: Top 10: Most valuable companies at the NSE]

It however received criticism for it seemed to glorify greed. Greed, it seems, is not misplaced in the world of stocks.

Another movie that revolves around the financial c****s of 2008.

This time, the movie focuses on the insights at the top level management, as executives at an investment bank deal with the realisation that the market is in trouble.

This 1987 film is titled after the go to financial jargon for American stock trading.

It follows a highly experienced and successful stock broker who takes on a young, impatient man under his wing. The youngster is willing to to whatever it takes — c********n, insider trading — so as to make it to the top.

The two are meant for each other, as the experienced trade raider is ruthless on the market, thus wheels in the young man into the world of illegalities and enrichment.