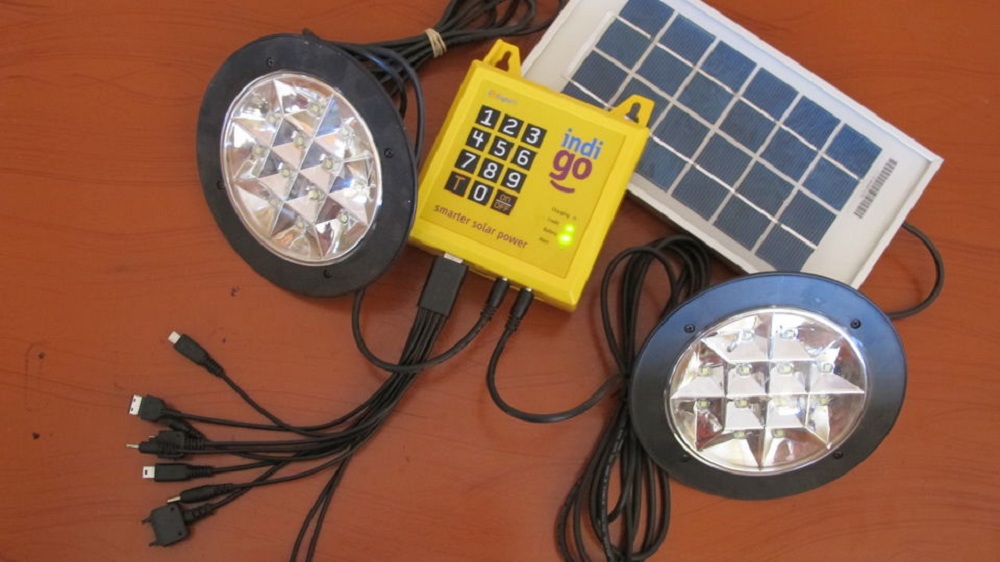 Over 2,000 people in 300 households in Kirinyaga, Tharaka Nithi and Narok counties will benefit from a sponsored solar home system initiative during the festive season.

It is aimed at scaling up rural Kenya’s adoption of solar solutions, with three-quarters of rural households in the country dependent on kerosene for lighting.

Speaking during the kickoff event in Mwea and Tharaka Nithi where Azuri distributed the initial set of solar system kits to the local communities, Azuri Technologies General Manager East Africa Snehar Shah, said the contribution is in line with kickstarting rural markets and creating opportunities through solar and mobile innovations.

“As we upgrade to more innovative products there is need to incentivize adoption of solar off-grid lighting for households still on kerosene whilst building new markets,” said Shah.

He added: “In the immediate future, we see these solar kits diminishing the energy insufficiency gap in the communities we will be targeting, creating impact to the areas of entrepreneurship, agriculture, education, health, safety and job creation which will create market for additions and upgraded products.”

To sustain and integrate the initiative into each community, Raj Ushanga House and local county governments will manage and oversee the distribution process as well as providing basic procedure and maintenance trainings to community members.

According to Anjali Varaiya of Young Jains Nairobi, the partnership with the targeted counties is the beginning of opening up households to basic lighting and energy service to Kenyans living in areas underserved by the electricity grid.

“The initiative is about provision of basic energy service which is a starting point rather than end point. At the simplest level the sponsored systems should be able to replace kerosene or candle lighting and spur productivity and opportunity,” said Anjali.

According to Rajesh Haria of Raj Ushanga House: “The beneficiaries are households we operate around and are adjudged to be relatively cash-poor to procure basic and modern solar home kits. This initiative will bridge that gulf and expected to make a socio-economic impact in their lives”

With over Ksh 2.5 billion invested to date, including Ksh 500 million from Azuri’s partners, Azuri has so far sold over 130,000 solar home systems in total, enabling the government’s goal of energising homes around Kenya by providing them with access to safe, affordable and reliable solar electricity.

Kenya is on a race to achieve universal electricity connection to at least 95% of its population in the next four years.