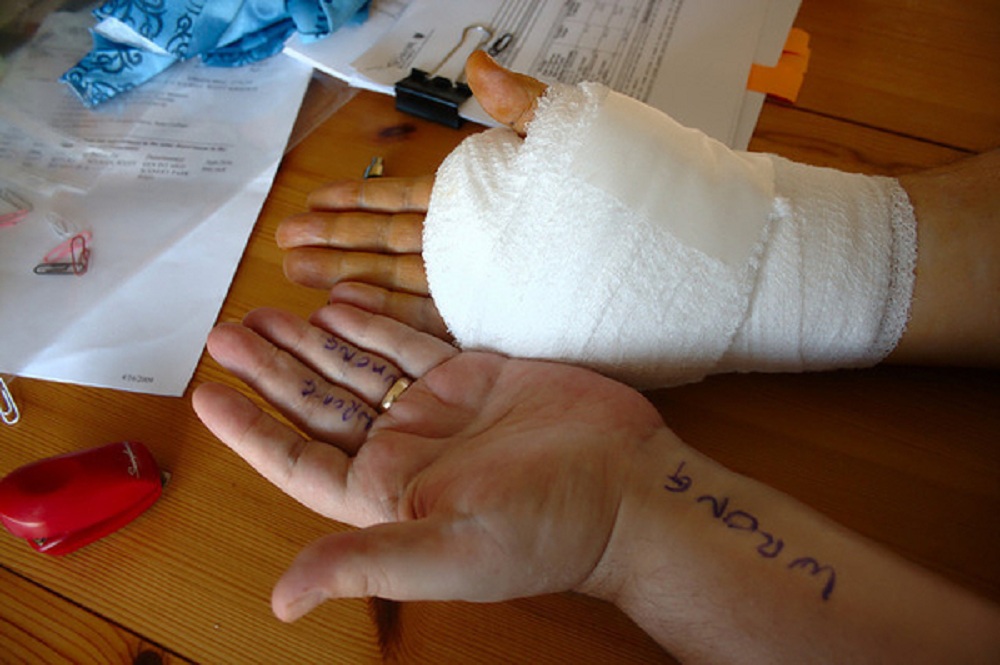 [dropcap]K[/dropcap]enyans are rightly horrified after it emerged that medics at Kenyatta National Hospital conducted brain surgery on a wrong patient. Thankfully, according to the hospital’s CEO Lily Koros, the v****m is out of danger and is responding well to treatment.

But as Dr Mercy Korir, a health/medical reporter/anchor with KTN News, says, patient misidentification is a risk every day, esp for lab&radiology tests and surgeries.

“That’s why there are protocols to follow. It’s like a chain of custody. Team work is key. If someone in that chain doesn’t do their part, wrong patients end up on the table,” she says.

For those familiar with what goes on in Kenya’s medical facilities, such cases, generally known as wrong-site surgeries, are common, only that they are rarely reported unlike in other parts of the world.

For instance, were it not for Daily Nation reporter Elizabeth Merab’s persistent inquiries (she was even thrown out by security at some point), it is unlikely the present case would have come to right.

Surgery performed on the wrong patient is described as a “never event” by the US Agency for Healthcare Research and Quality: an error that should never occur and indicates serious underlying safety problems.

Here are other examples of incidences of wrong-patient and wrong-site surgery from around the world: 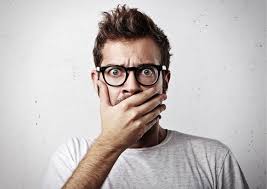 A few years ago, for instance, surgeons at a top hospital in Nairobi conducted irreversible vasectomy on a patient who only needed a minor procedure on his hand to contain persistent pain after a minor a******t following a mix-up of tags.

The man, who was under anesthesia, was beyond disbelief after he gained consciousness to realise what had happened to him. The issue was resolved behind the scenes. 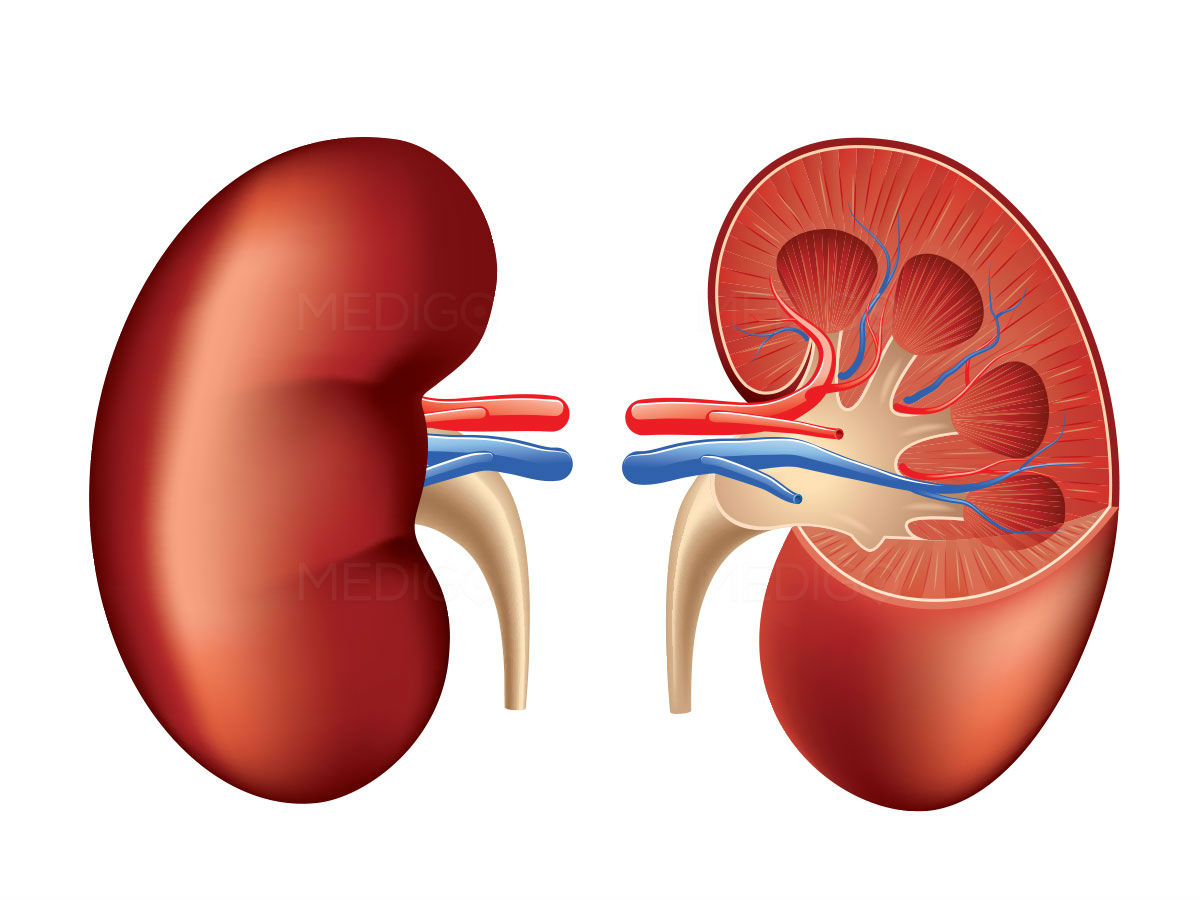 In 2016, a surgeon at St. Vincent Hospital in Worcester, Massachusetts in the US was accused of  removing a kidney from a patient who did not need the procedure.

The hospital’s spokesman, however, said the mistake was made by the patient’s outside physician, who misidentified the procedure he needed before he was brought to the facility for a scheduled surgery. 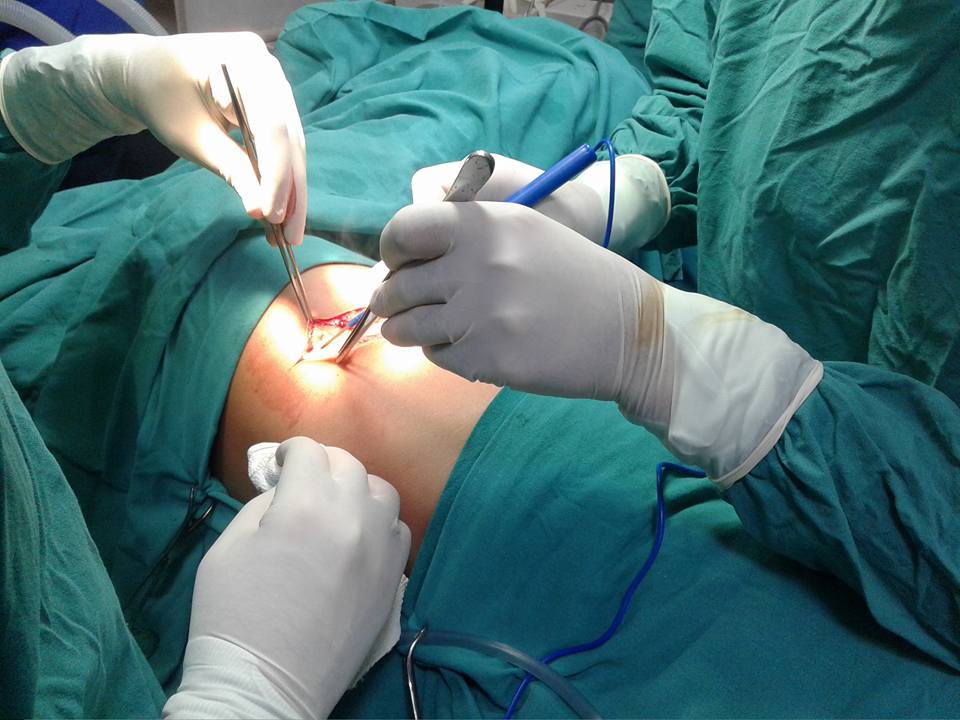 In 2009, an unlucky patient at a hospital in London underwent a lung operation that should have been carried out on his namesake who was left behind in the ward.

At the time, it emerged that there had been a a 20% rise in the amount of compensation paid to patients who are the v*****s of botched hospital treatment, including one in the gall bladder removed from the incorrect person and another where a patient was given a contraceptive jab instead of a hayfever injection.

In 2001, USA Today reported one of the more well known cases of medical m*********e happened to Saturday Night Live alumni, Dana Carvey. Roughly two months after the double bypass operation that was suppose to preserve his life, Mr. Carvey received the news that the surgeon had bypassed one of the wrong arteries. The surgeon, who performed the surgery, stated that it was an honest mistake that occurred due to the unusual positioning of Mr. Carvey’s artery in his heart. Dana Carvey felt quite differently, and subsequently, he filed a $7.5 million l*****t against the surgeon and the hospital. 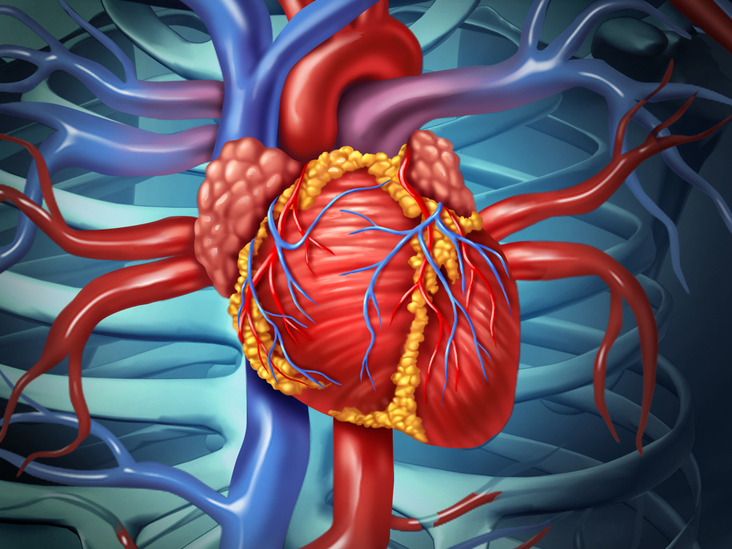 It would be quite easy for most readers to dismiss the aforementioned case as an anomaly. Before disregarding its merits, consider the following two cases. A 67 year old woman, who was given the pseudonym of Joan Morris, was admitted to a teaching hospital to have a cerebral angiography performed. After the procedure was completed, Ms Morris was returned to a hospital room on a different floor than her original one. Instead of being discharged as planned the next morning, she was whisked away to have an open heart procedure performed. After having been upon the operating table for over an hour, a doctor from a different department called and asked what they were doing with his patient. Once the mistake was realized, the procedure was canceled, and Ms Morris was returned to her room in stable condition; however, the potential consequences of the extra surgery performed included significantly increased risks of heart a****k, stroke, internal b******g and i********s.

6) Surgeon Drills Hole on Wrong Side of Head 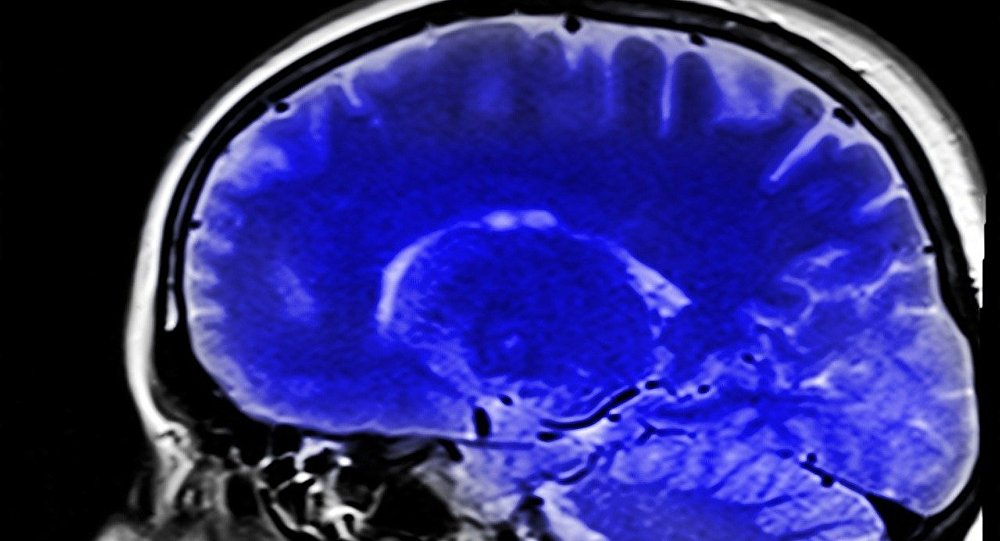 In a similar manner, surgeons at the Rhode Island Hospital performed surgery on the wrong side of a patient’s head, for the third time in one calendar year. This particular i******t occurred in November of 2007. An 82 year old patient required the operation to stem the flow of b******g from her brain to her skull. The surgeon immediately started the procedure off incorrectly by drilling a hole on the wrong side of the patient’s skull. This action occurred despite the fact that a CAT scan, performed only moments before, indicated that the b******g was happening on the left side of the brain. The mistake was caught early on, and the resident surgeon closed the initial hole and proceeded to the correct side of the patient’s head. Although the patient survived the surgery in fair condition, two other similar i*******s had occurred within the last year, one of which had resulted in the d***h of an 86 year old man. 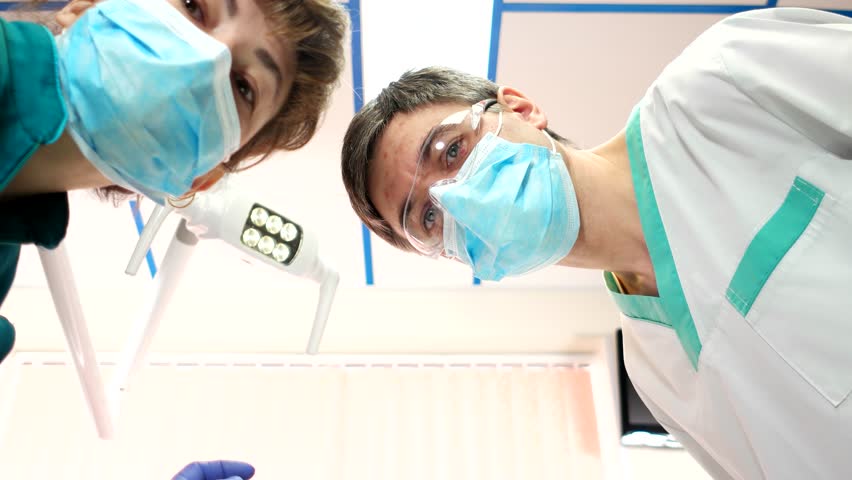 It would seem to be a horrific storyline from a medical drama on television. In the script, a patient awakens during surgery, but is unable to communicate to the surgeons or nurses that he or she is awake and can feel every ounce of pain during the surgery. This situation actually occurred to Sherman Sizemore, a 73 year old Baptist minister from West Virginia. The surgery was originally supposed to explore the cause of the man’s continual abdominal pain.

8) Surgeons Forget Their Tools Inside Patient 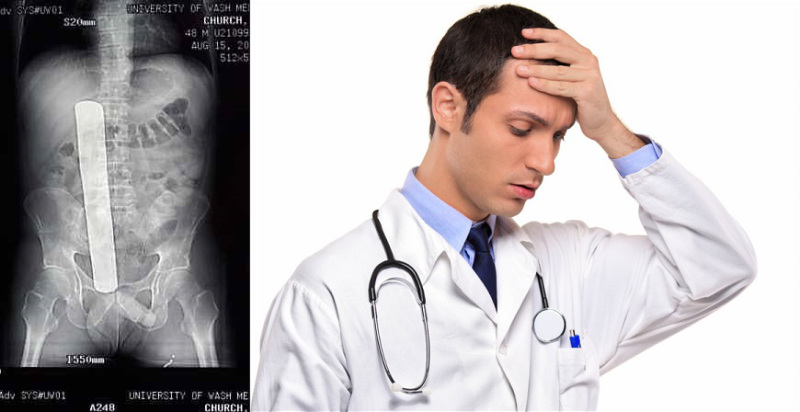 Donald Church, 49, was lucky enough to have had the anesthesia correctly administered during his June 2000 surgery at Washington Medical Center in 2000. The surgery was intended to have removed a tumor located in his abdomen. The tumor was removed. In its stead was left another souvenir, a 13 inch long metal retractor. Doctors at the hospital admitted to accidentally leaving the retractor inside of Mr. Church. It was not the first time that such an “a******t” had occurred in the hospital. Four other documented incidences had happened at the hospital between the years of 1997 and 2000. The retractor was removed shortly after its discovery, and Mr. Church did not suffer any long term health effects from the mistake. A settlement was reached between the two parties for the amount of $97,000. 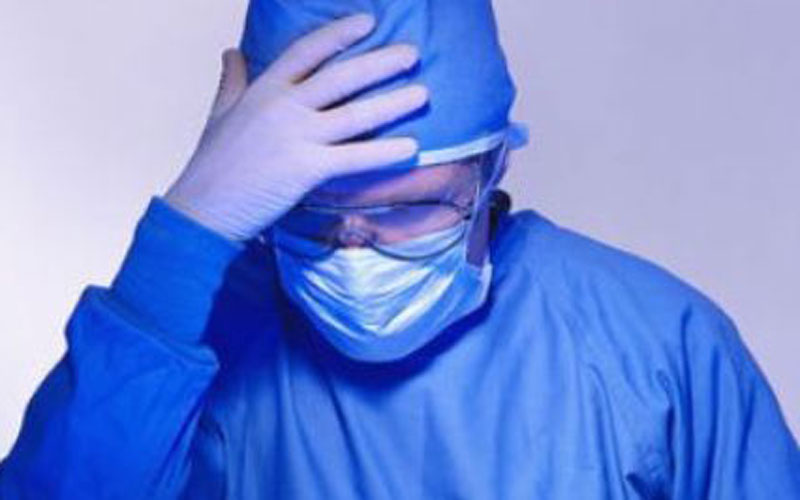 In the aforementioned case, Mr. Church was fortunate enough to avoid any long term medical consequences for the surgeons’ mistakes. Unfortunately, the same cannot be said for a separate case involving Mr. Willie King. In 1995, the 52 year old Mr. King was admitted to University Community Hospital in Tampa, Florida to have his leg amputated. During the procedure, the wrong leg was amputated. By the time the surgeons realized their mistake, it was too late to reverse the damage caused, and the leg had to be removed. The attending surgeon was fined $10,000, and his medical license was revoked for six months. The hospital paid Mr. King $900,000, and the surgeon personally paid him another $250,000. The hospital admitted that a chain of errors culminated in the wrong leg being prepped for the surgery. 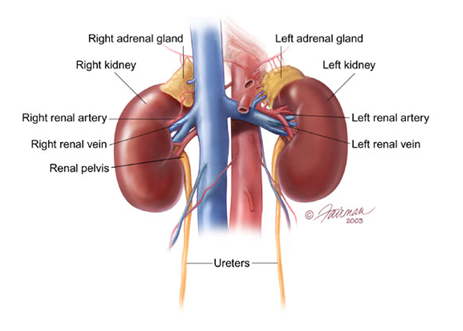 Mr Church’s case is not an isolated one. Surgeons at the Park Nicollet Methodist Hospital, in St. Louis Park, Minnesota, removed the wrong kidney in a patient during surgery. The patient was to have one kidney removed, because it was believed that the kidney had a tumor, which was thought to be cancerous. The discovery of the horrific mistake was uncovered when the pathologist on call at the hospital examined the removed kidney and discovered no evidence of c****r. Fortunately for the patient, the s*****t kidney remained intact and functioning. Per the family’s request, no more details were released about the i******t.