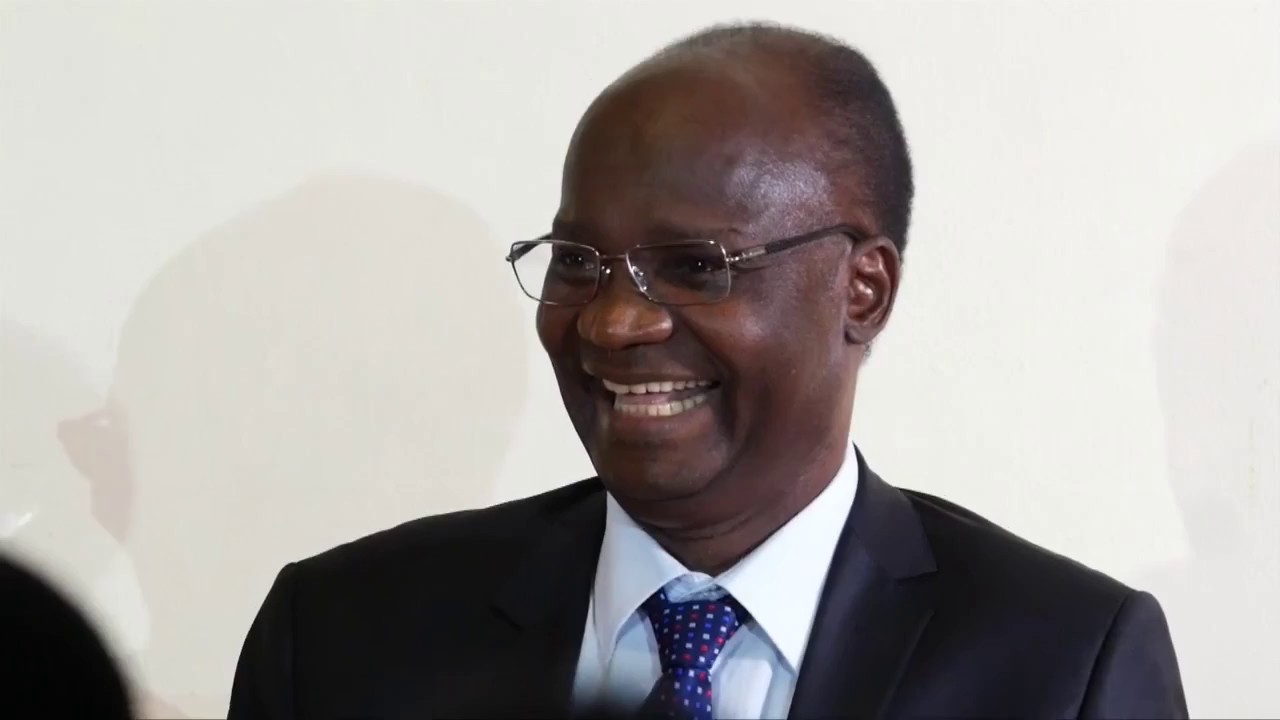 According to reports in the Zimbabwean press, Moyo, a sharp-tongued politician who is married to a Kenyan national, has been a pain in the backside for Mnangagwa’s government ever since he skipped the country last November to escape being apprehended by the army.

This was after the m******y stormed out of the barracks last November to deal with “c*******s” around former president R***********e, who ended up resigning to stymie an impeachment motion that had been set off in Parliament.

He is currently under investigation for allegedly siphoning over Ksh 41.3 million  (US$400 000) from the Zimbabwe Manpower Development Fund (Zimdef).

Even though he has found refuge among his in-laws in Kenya, Moyo has continued to put his social media skills to use by insulting Mnangagwa’s administration through ferocious tweets.

According to the Daily News, Zimbabwean government functionaries are now leaning heavily on Kenyan authorities to rein in the former Higher E*******n minister seen as the brains behind Mugabe and his pesky wife, Grace’s shenanigans.

Contacted for comment on Tuesday, Mnangagwa’s spokesperson George Charamba professed ignorance over the matter, saying it was quite possible that the action could have been taken by the security ministries without his knowledge.

“When it comes to security matters it is not about us; the ministry of Home Affairs would probably know so you can get help from there,” Charamba told the newspaper.

Zimbabwe and Kenya enjoy good bilateral relations and it is on the basis of these cordial ties that Harare is hoping to convince Nairobi to muzzle the former Zanu PF propagandist, whose tweets are making headlines in the private media.

Sources said there are fears that Moyo could v*****e the Official Secrets Act by disclosing sensitive information he may have accessed during his time in government if allowed to continue spitting venom while hold up in Kenya, which may provide fodder to the opposition.

Mnangagwa, whose name will appear on the ballot as Zanu PF’s presidential candidate for the first time in his political career spanning over six decades, is desperate to win the elections to be held before the end of July to prove to critics that he is a viable candidate.

It is being argued by the Zimbabwean authorities that their Kenyan counterparts should not allow Moyo to undermine a sister liberation w*r movement without consequence.

Harare is impressing on its counterparts that there are Kenyan immigrants in Zimbabwe whom it is now allowing to voice their dislike for Uhuru Kenyatta’s government because of the camaraderie between them.

Moyo is one of the few allies of Mugabe who are still defending the fallen dictator.

Soon after Mugabe’s ouster, Moyo wrote in November last year that, “the presumption that an old v*****t & looting dog can practice new tricks is nothing but a fallacy”.

He also attacked the then Zimbabwe Defence Forces commander Constantino Chiwenga saying “the t*****y of the g*n in Zim is that it’s controlled by the same 1980s Gukurahundists who’ve committed a********s before and gotten away with it; and who are thus prone to repeat the a********s ad infinitum unless & until the people take control of the g*n! #GenerationalRenewal”.

Since then Moyo has not relented churning out a series of tweets slamming Mnangagwa and his government at every turn.

Mnangagwa is often accused of being behind the m****r of over 20000 civilians in Matabeleland and Midlands provinces in the mid-1980s when he was Security minister.

In his latest tweet on New Years’ eve, Moyo s**t from the hip.

He wrote: “on this last day of December, the month Gukurahundi is recalled in Zim, and also the last day of a year in which gukurahundists have once again reared their ugly heads through a m******y coup, think of this Bill in 2018!”

He was apparently referring to a Bill he pushed in the National Assembly when he was independent Member of Parliament for Tsholotsho in 2007.

The Bill sought to establish a Gukurahundi National Memorial Board “to promote lasting national cohesion, unity, truth, justice, reconciliation, stability, conflict prevention and the healing of the emotive and divisive w****s along with the suffering dating back to what has become known as the Gukurahundi a********s …”

“If you have issues with your father & the Devil k***s him; says he did it for you & will care for you better. Would you hail the devil as a hero & your father’s m****r as a New Era?’ reads one of his latest tweets.

“Vanoreva Nhema (They are liars) Down with Entitlement. It’s a New Year, not a New Era”.