Nairobi County has been ranked as the county that provides the most conducive environment for Micro, Small and Medium (MSMEs) to do business.

The Kenya Institute of Public Policy and Research (KIPPRA) through a study dubbed County Business Environment for Micro and Small Enterprises in Kenya ranks Nairobi first with a score of 45.24 followed by Nyandarua at 40.48 with Nakuru taking third position with a score of 35.14.

KIPPRA’s report shows that the business environment in Nairobi has improved since the World Bank ranked the capital city ninth in its Ease of Doing Business Index 2019 as it ranked Kenya 61st globally.

However, KIPPRA’s study only covers 42 counties leaving out Tana River, Turkana, Lamu, Samburu and Nyamira, the authors of the report: Rodgers Musamali, Githinji Njenga and Rose Ngugi do not give reasons for not sampling the five counties.

According to the report, MSMEs in the country which contribute 23.6 % and 24.7% of the gross value addition and national output according to the MSE Survey 2016 are currently facing a myriad of challenges including inadequate infrastructure& unsecured worksites.

The autonomous agency also lists limited access to government procurement opportunities, low uptake of financial innovations, government red tape, corruption and insecurity as some of the biggest challenges that the small business units are facing.

MSME survey 2016 also estimates that 14.9 million persons are engaged in the MSMEs sector which is approximately 98% of the total working population in the economy.

The micro and small enterprises constitute about 81% of the total population working in the MSME sector. 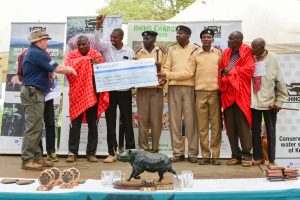