Harambee Stars coach Sebastien Migne has dared FKF to fire him if they can afford it. The Federation will have to part with Sh 50 million if they are to fire Migne. Photo/Futaa

Harambee Stars coach Sebastien Migne has dared the Federation of Kenyan Football to sack him after there were rumours that he was at the risk of losing his job following a terrible performance in the first two matches of African Championship (CHAN) qualifiers.

“If the federation wants to fire me, let them fire me but again if paying my salary is an issue, will they manage to pay out my contract?” Migne charged during a press conference following Stars’ loss to Tanzania on Sunday.

The French tactician is certain that FKF cannot afford to pay him Sh 50 million which they need to pay before terminating his contract. He might not be wrong because if the federation is struggling to pay player allowances how can they afford to pay Sh 50 million to fire someone?

FKF is currently facing one of the problems that come with hiring a foreign coach. African teams have a tendency of going abroad when they are looking for a new manager as it is believed foreign managers have more experience.

However, it is not a guarantee that these managers will deliver. Unless you hire the Jurgen Klopps and Pep Guardiolas, the only qualifications we know about these managers is that they are from abroad. Take Migne for instance, did you know him before he came to Harambee Stars? Didn’t think so.

The notion that foreign managers have more to offer than our local coaches is one thing that is ailing African Football. These managers are no better than our very own coaches and the 2019 African Cup of Nations is proof. The two finalists, Algeria and Senegal, are both managed by their own coaches.

Why then do football governing bodies pay foreign managers a lot of money to deliver losses that our own African coaches can deliver at an affordable price? Why pay more to lose matches when you can still get these losses cheaper?

I am not saying that it is okay to lose. We hire these managers because we hope they will improve the quality of football played by our national teams. One thing we forget is that most of these managers know very little on African Football.

It will be easier to hire a local coach who understands the players and how the games are played locally. In the event that they do not deliver, firing them will not be as costly. For Sebastien Migne to tell FKF point-blank that they cannot afford to fire him, shows how our football governing body did not think much into the appointment of the Frenchman.

FKF should consider giving priority to the local-based managers before turning to foreign ones. What is there to lose? If we can pay more to lose why can’t we pay less for the same losses?

The local-based managers can just be the answer to the continued woes of Harambee Stars. 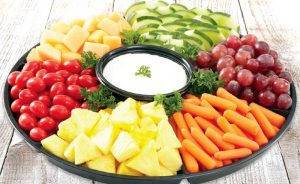