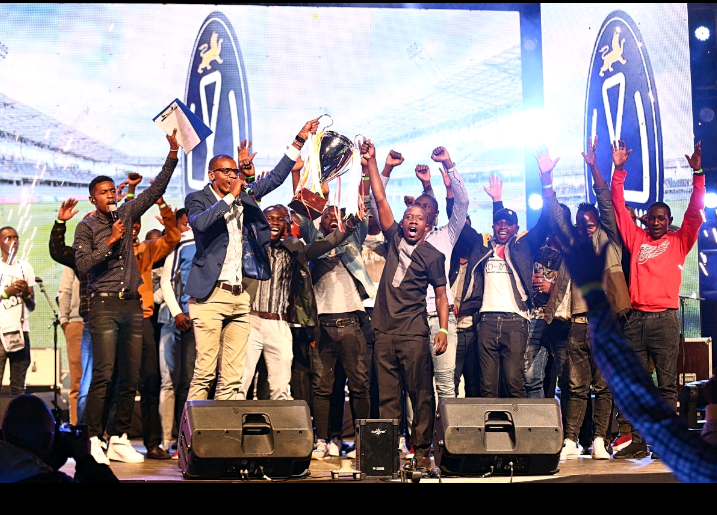 After having a successful season at the National Super League (NSL), Wazito FC are now focusing in the Kenya Premier League (KPL) where they want to leave a mark too.

During their NSL victory celebration bash on Saturday 13th July, Wazito told fans that their target next season is to win the KPL. Wazito Captain Dennis Gicheru warned other KPL teams that they are not afraid and will take the league as they did the NSL.

“Our fans have been phenomenal. There were times when the games were not going our way, but they stood by us”, Gicheru said in his speech at the party held at Carnivore grounds. Gicheru added saying that Wazito respect the other teams but they are not afraid of them.

Despite winning the league last season, Wazito lost nine games which would have easily costed them the title. The team’s success only came because they won as many matches and only drew thrice. The KPL has fewer games than the NSL and losing 9 matches gets you further away from winning the title. Wazito needs to minimize on errors in order to win the KPL.

Club president Ricardo Badoer who is termed by many as the man that made Wazito be what it is today, was also at the party and promised that he will do more for Wazito next season. Badoer was pleased to finally touch the trophy which he was quick to add that the glory belongs to the players who toiled throughout the season. He added that he looks forward to a great season ahead.

“Other KPL Teams are not giving me a peaceful time on twitter. I know that Wazito will silence them by winning the KPL next season,” Badoer noted. He added saying that there are a few developments he is to make at Wazito in the near future, including another bus. The current Wazito bus which cost Ksh 15 million will be used by the academy.

Wazito is in the process of setting up an academy and a youth system, to be the main feeder structures for the team, some of who would be fed to other teams globally. Badoer also affirmed that the plans for the Wazito complex are on course and the idea is to still build it in three years. It will have a 45, 000 seater capacity stadium among other facilities, sitting on more than 30 acres.

The Wazito Party featured Kenyan artists Fena Gitu and Octopizzo who entertained the attendees with their music. On the decks were DJ Joe Mfalme and Dj Protégé. The bash cost Ksh 10 million.