Wazito FC will hold a bash to celebrate their title winning season. The party is said to be worth Sh 10 million. Photo/Wazito FC

Last season’s National Super League (NSL) champions Wazito FC have set up a one of a kind party to celebrate their title win and promotion to the Kenya Premier League (KPL).

The party which has taken up a Ksh 10 million budget will happen at Carnivore grounds on Saturday 13th July. Among other confirmed attendees are Kenyan Musicians Fena Gitu and Octopizzo who are set to perform at the party. Wazito owner, Ricardo Badoer, celebrated the team’s success in the NSL by posting a snippet of Fena’s latest club banger ‘Steam’. On the decks will be Dj Joe Mfalme and Dj Protoge.

Ricardo Badoer, Wazito owner, has been closely following the team’s campaign in the league always there to congratulate them after every win. He was also there during the losses lashing out at them to motivate them to perform better in the next match.

The Dubai based businessman is already in the country and was sure to announce his presence on social media. In a tweet, Badoer shared a picture of the car he is using to navigate through the roads of Nairobi during his stay in the country. The car dons a Wazito Fc number plate.

Honk your horn when you see the V8 with the Wazito 69 plate. EL PRESIDENTE is here pic.twitter.com/oj5vqMpgR7

Wazito who had been relegated to the NSL proved that the second tier was not where they belong as they emerged top amongst the teams in the league. Now that they are back to the KPL, Wazito’s focus will now be to win the KPL.

The NSL champions have already began preparations for next season as they have secured the signatures of 4 new players. Wazito have already landed former Vihiga United captain and Kenyan International Benard Ochieng. Ochieng joins the likes of Derrick Otanga, Kevin Omondi who signed from Sony Sugar and Gad Mathew who was previously at Kariobangi Sharks.

Wazito are expected to make more signings before the season commences but everyone at the club is currently focused at the party. The party is expected to be a colourful, one of a kind experience and everyone is invited.

Wazito fans and anyone interested in joining the party can do so but will have to purchase tickets first. Regular tickets go for Ksh 1200 while VIP ones can be acquired for Ksh 2500. Gates open at 5:00 pm. 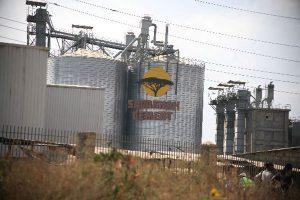