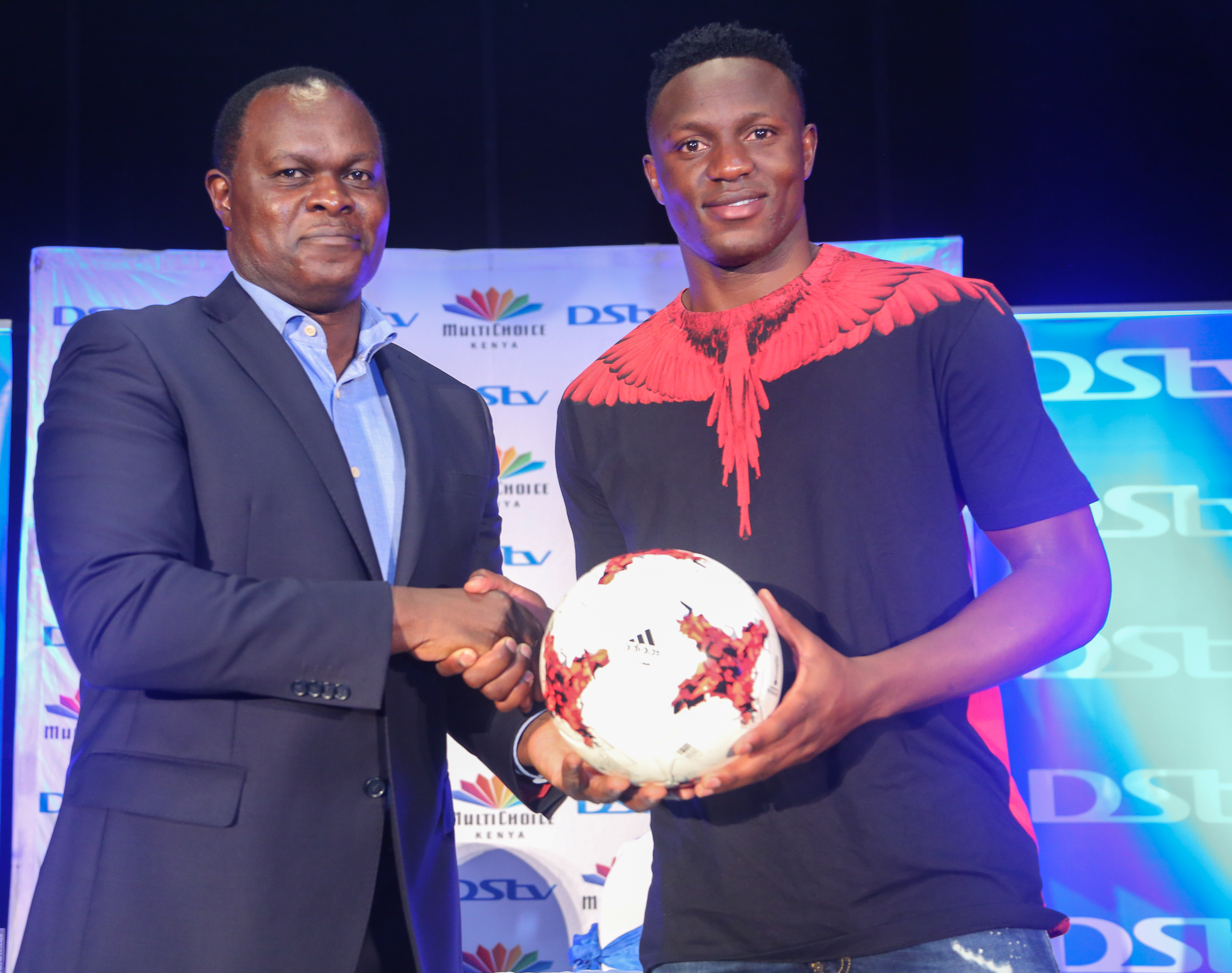 DStv Kenya has signed Kenyan international Victor Wanyama as the FIFA ‘Connect with Greatness’ ambassador 22 days ahead of the World Cup.

Speaking during the agreement signing, MultiChoice Kenya Managing Director Eric Odipo said Wanyama is the ideal brand ambassador to represent Kenya as he represents the country both locally and internationally.

“We’re honoured to have a great football player like Wanyama to be the local ambassador of the overly anticipated world football games happening in Russia from next month. Victor Wanyama is great in his own right as a player, but also great in the sense that he is an iconic Kenyan football legend. Having Victor as the DStv ambassador shows our commitment towards playing a positive role in Africa to grow our local talent. We realize that it is only by creating value for our customers, our employees and society that we’ll build a successful business for the future,” said Odipo.

Wanyama, who currently plays for Tottenham Hotspur in the Premier League expressed his delight and honour to have been named the DStv Ambassador for the FIFA World Cup on SuperSport.

Addressing the media, Wanyama said: “It is a humbling experience to be unveiled as the brand ambassador for the DStv FIFA Connect with Greatness campaign. My aim is to inspire other young people into the sport. Through platforms like DStv, I was able to achieve international recognition and finally play international football. As the World Cup begins in June, I would encourage young and upcoming footballers to see it as an inspiration to sharpen their skills and talents in an effort to one-day represent Kenya at the World Cup.” said an excited Wanyama.

DStv is offering all its subscribers across the five packages (Premium, Compact Plus, Compact, Family and Access) an unmatched viewing experience of the 2018 FIFA World Cup Russia from next month, the 14 June 2018 to 15 July 2018.

DStv viewers, like no one on the continent, will connect with greatness through all 64 matches that will be broadcast live and in High Definition throughout sub-Saharan Africa and the adjacent islands, with insight and analysis provided by a panel of local and international footballing greats.

MultiChoice and A+E Networks International will also launches a worldwide broadcasting first – History of Football pop-up channel, a 14-day, 24/7, mega television event that will air from Monday, 28 May to Sunday, 10 June. The special pop-up channel will broadcast on DStv channel 187 and will be available to DStv customers on Premium, Compact Plus and Compact packages.

READ: WHY ANGELA NDAMBUKI WAS SACKED

The History of Football pop-up channel will showcase the event that will capture the anticipation and excitement of the 2018 FIFA World Cup Russia.

The 2018 FIFA World Cup games will also be available to DStv Customers via DStv Now and the SuperSport apps which are available for download on the Android and iOS stores.