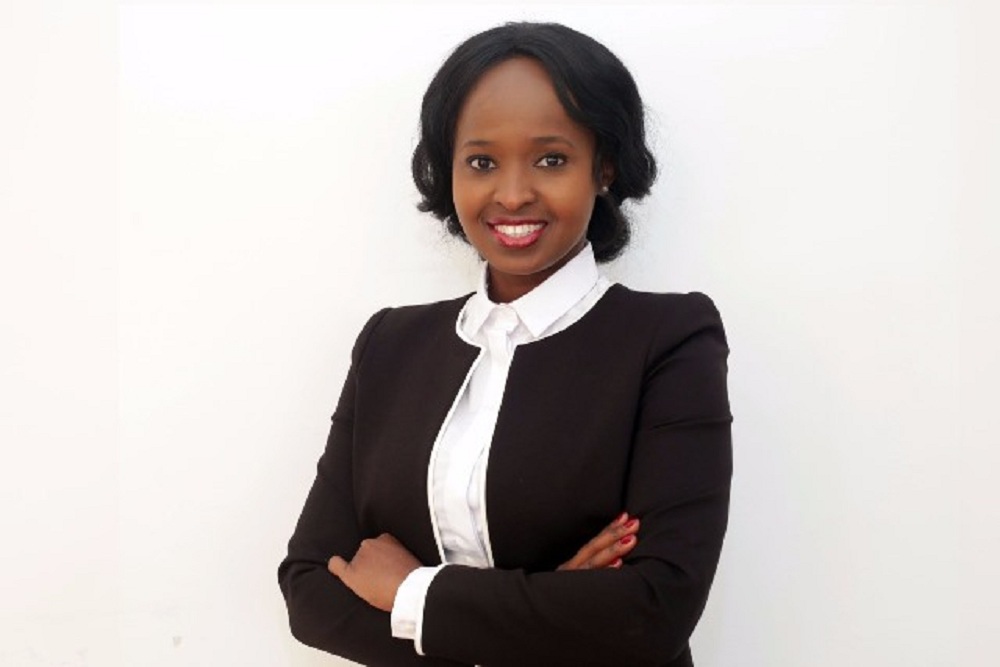 Tuesday, May 22nd started off as a normal working day for Angela Ndambuki. As CEO of the Kenya National Chamber of Commerce and Industry (KNCCI), among her assignments that day was to attend a traders partnership meeting between China and Kenya at Crowne Plaza in Nairobi.

As she mingled with officials from the Chinese Chamber of Commerce (KCCC) and Kenya Investment Authority (KIA), back at the office at Heritan House in Hurlingham, there was a beehive of activity.

The unusual frantic movements, led by national chairman Kiprono Kittony, were a sign of something big in the offing. Whatever it was remained a top secret until Ms Ndambuki returned from the Crowne Plaza meeting to find a letter on her desk: the board had just fired her!

A source in the board says Ms Ndambuki, who was appointed CEO of the chamber in September last year, was not shocked at the letter as the national chairman and his vice, James Ndungu Mureu, had already shown misgivings about her over the past few months.

It is understood that Ms Ndambuki had earlier been asked by the board to resign “to save face” but declined, which forced it to sack her. In what clearly shows a major fallout with the board, the sacking letter notes that she was relieved of her duties for being “incompatible,” becoming a v****m of the often highly charged politics at the KNCCI.

While confirming her exit on Tuesday, Kittony told Capital FM she had been on probation for eight months and the “board did not confirm her.” He was set to address a press conference on Wednesday to shed more light on the matter, sources she was fired by a four-member committee.

Sources say the national officials became uncomfortable with Ms Ndambuki when she moved beyond administrative issues and started taking an active role in the running of the organisation. KNCCI affairs are often controlled by the chairperson, including hiring, procurement and payments.

“Angela was not going to last long from the word go,” said someone familiar with the KNCCI operations. “The CEO soon discovered she can’t even hire or sign cheques. The KNCCI CEO is just a figurehead position with no executive powers.”

Among some of her achievements are signing 14 MoUs with different stakeholders both in public and private sectors;  organising trade mission to  Jordan, Turkey, Morocco; holding county forums in Migori, Narok, Kirinyaga, and Embu as well as having Kenya among the final contenders in the World Congress bid.  Also, Ms Ndambuki had helped increase revenue and membership and oversaw golf and fundraising dinner that realised over Ksh30 million for SMEs.

Initially, Ms Ndambuki had been put on a six-month probation to March 2018, which was extended by two months to enable the board “observe her performance.” Curiously, however, the board appointed a deputy chief executive after the extension. The two months extension ended this week and the board did not confirm her.

The mood at KNCCI is quite the opposite of what transpired eight months ago when she was appointed and showered with praises. Mr Kittony said that they had settled on Ms Ndambuki, a former singer with Tatuu band and CEO of Performers Rights Society of Kenya (PRISK), after a rigorous search. The Board, he added, concluded that Ms Ndambuki’s leadership and considerable experience in strategic leadership and advocacy would bring a wealth of business knowledge and management experience to Heritan House.

Ms Ndambuki took over from George Kiondo, a KNCCI insider who had acted for eight months. With her exit, he has his job back. It will be interesting to see if the chamber will finally confirm Mr Kiondo, a man it had tossed aside in favour of an outsider.

Early signs that the relationship between Ms Ndambuki and the KNCCI top command had turned frosty emerged after she was in March barred from having media interviews. The board never gave an explanation, but with the current development, her d*e had already been cast. The board was strategic: it did not want someone who would leave in a matter of months to become the face of the organisation.

A board insider said Ms Ndambuki, who was listed among the Top 100 reputable Africans by Reputation Poll International alongside Rwanda President Paul Kagame and former UN Secretary General Koffi Annan was digitising the chamber’s operations, including online membership and e-commerce sites for members to sell products and services on KNCCI website.

Mr Kiondo becomes the 5th CEO of the KNCCI over the last five years, a high turnover of top management with an average of one CEO per year. Past CEOs include Nemaisa Kiereini, Wabuyele Matanda and Kiondo (now twice).

Sources say Ms Ndambuki is talking to her lawyers with the intention of taking KNCCI to court.