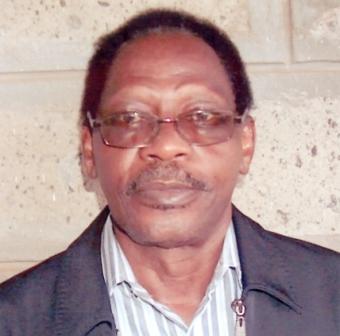 Mbindyo is revered by many journalists, including veterans such as Nation Media Group Editor-in-Chief Tom Mshindi, NMG Executive Editor Mutuma Mathiu and Standard Deputy Editorial Director Kipkoech Tanui, whom he mentored at the University of Nairobi’s School of Journalism (SoJ).

Many have been paying growing tributes to the don, who passed on at the age of 70.

“Dr Joseph Mbindyo was our lecturer in communication research methods together with the late Director, Dr Louis Othiambo. We also had the late Dr. John Mutere as PR Lecturer. Mbidyo has died at the age of 70. I am proud to have been taught by Dr. Mbidyo… Joe Kadhi was also a strong pillar of the school. I have all the reason to mourn Mbidyo. He as a great mentor and a leader in media studies and journalism. SOJ and its expansive alumnus will always remember Dr Joseph Mwololo Mbindyo.” lawyer Soyinka Lempaa, a former journalist, who joined SoJ in 2000 said on Facebook.

Dr Mbindyo, who joined the SoJ in 1982 had Bachelor of Arts and Master of Arts degrees in Sociology from the University of Nairobi and a Doctor of Philosophy degree from Stanford University California in the United States.

He was also Research Fellow at the Institute of Development Studies, University of Nairobi as well as a consultant for various international organisations.