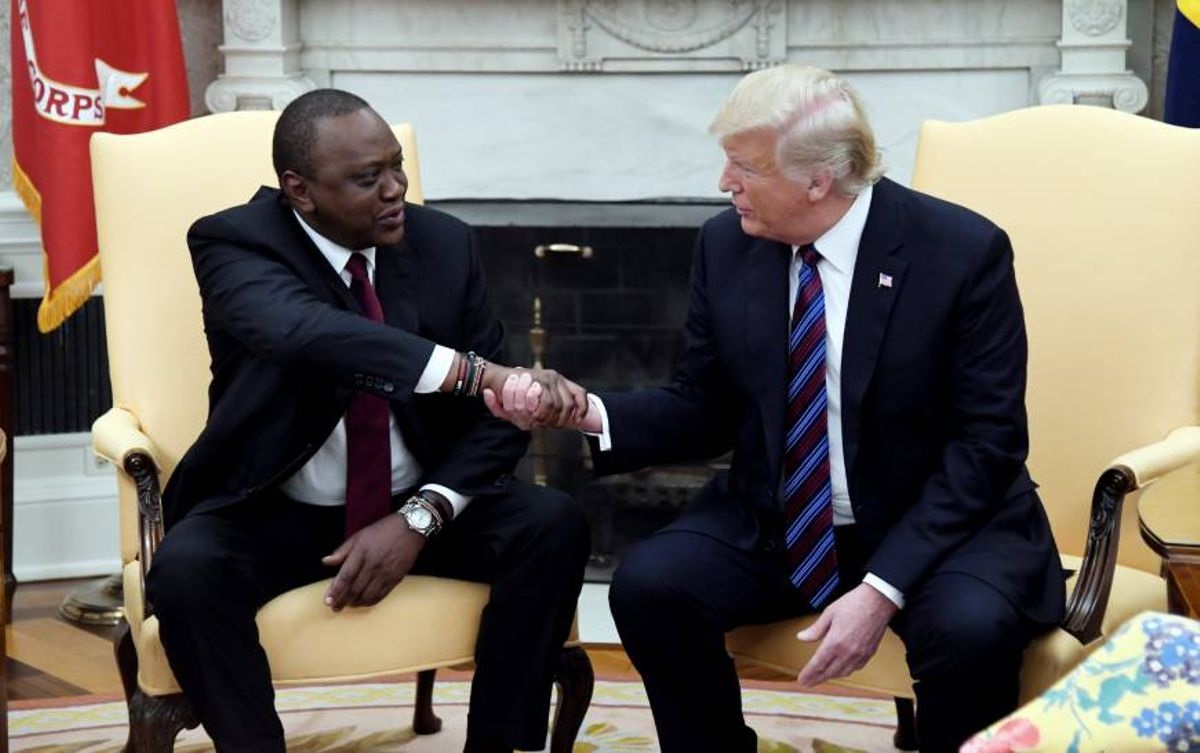 High ranking United States government officials are lobbying their Kenyan counterparts to lift the ban on plastics as part of the mooted Free Trade Agreement (FTA) between the two governments.

On Monday, The New York Times quoting a letter to the Office of the United States Trade Representative by a spokesperson of the American Chemistry Council reported the group wants its government to push for US firms to have their plastic bags traded in Kenya.

“We anticipate that Kenya could serve in the future as a hub for supplying U.S.-made chemicals and plastics to other markets in Africa through this trade agreement,” Ed Brzytwa’s (spokesperson) letter reads in part.

The special Chemistry Council is made up of America’s largest petrochemical companies.

The American companies are seeking alternative markets following the steep decline in the demand for fossil fuel products.

In 2019, American exporters shipped more than 453 tonnes of plastic waste to 96 countries including Kenya packaged as ‘recycling’.

Industry leaders such as the ones lobbying for the lift on plastic ban are influential figures in crafting trade policy and are very likely to push through their demands.

During President Uhuru Kenyatta’s official visit to the White House in February, the two governments agreed to kickstart the process of laying the ground for a trade agreement.

If the two governments ratify the free trade agreement, Kenya will be the second country in Africa to seal such a deal with the giant economy after Morocco.

The potential deal is being watched closely by experts who opine that it will affect Kenya’s standing with regional and continental peers who stand to lose if Kenya firms up its trade dalliance with the US.

According to the U.S. Trade Representative (USTR), Ambassador Robert Lighthizer, the U.S.-Kenya agreement will become a model for future trade agreements with other African countries.

The move is the latest of President Trump’s aggressive pushes for more bilateral trade deals.

As it stands, trade between the two countries is estimated at Ksh100 billion annually but Kenya is not even among the US’s top 100 trading partners.

Reports have already revealed that the US is seeking to sell its wheat and milk in the Kenyan market and is seeking to leverage the trade deal to make that happen.

In a piece published in June, Business Today columnist Kariuki Githuku warned Kenya must tread carefully regarding the trade deal with the US warning that the Donald Trump administration will drive a hard bargain with the deal unlikely to represent the best interests of Kenyans.

“And thus, Kenya will have to put the best foot forward. By now we know America is no saviour. With their America first policy, they will drive a hard bargain. Especially as they sense our desperation in case the Africa Growth and Opportunity Act (AGOA) expires without renewal. Or have so many strings attached from here to Timbuktu,” wrote Gathuitu.

In the last decade, the US has lost ground to China considerably in Africa as the Asian nation embarked on the Belt and Road Initiative, a clever strategy crafted to boost its trade prospects with African countries.

In 2017, Kenya passed a stringent law against plastic bags and was one of the nations around the world that signed a global agreement to stop importing plastic waste.

See Also>>>> What Next for US-Kenya Free Trade Agreement?