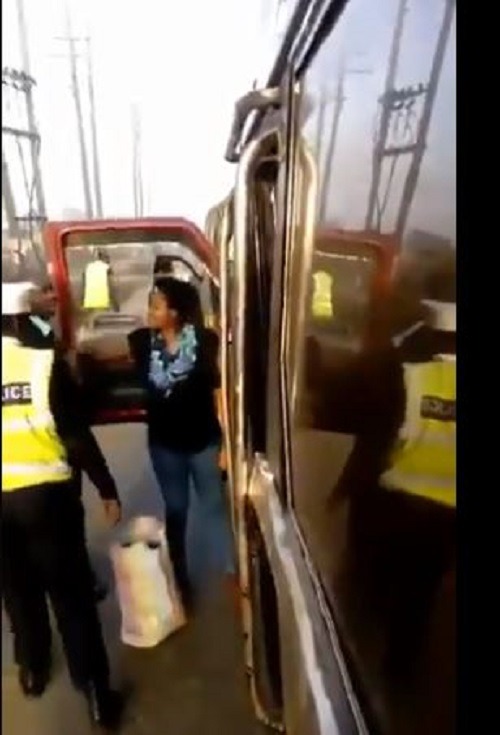 In the video, the officers, who included two policewomen, are seen trying to force the woman from a vehicle as she viciously protested.

Other passengers could be heard telling the officers to get into the vehicle and go with her to the police station.

Blogger Robert Alai tweeted: “Hey traffic officers. This behavior is not permitted in the current world. Try to be civil in some a*****s. Pulling and manhandling the lady this way is wrong. Just wrong!!! Force doesn’t show authority.”

It added: “One day the monkeys will get tired of being b*****d by the gorillas and they will fight for their rights. It will be messy…”
Here is the video: