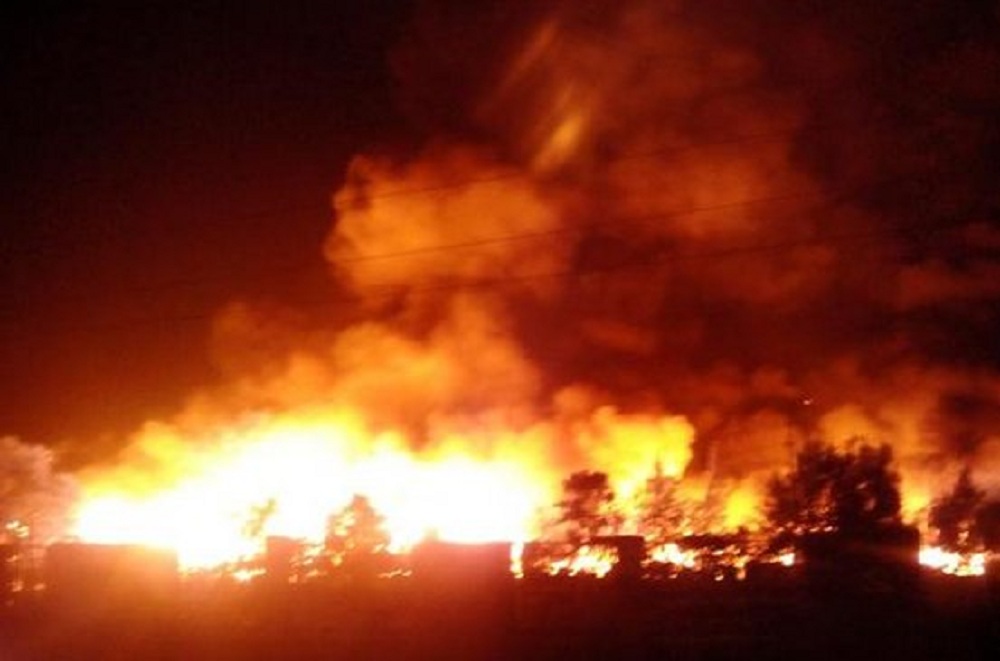 President Uhuru Kenyatta has called for swift and thorough investigations to establish the cause of the f**e that destroyed Nairobi’s biggest market, Gikomba.

He said stern action would be taken against anyone found to be behind the i******t. “Security agencies should move with speed to investigate the cause of the f**e, and those believed to be behind the c******l act should face the full force of the law,” said President Kenyatta.

READ: Why insurance cover is critical for SMEs

This came as  the government said preliminary reports point to foul play in the f**e that razed business structures at the open air market.

Devolution Cabinet Secretary Mwangi Kiunjuri said a p***e had been initiated and warned that action would be taken against any culpable individual, Capital FM News reports.

“From the initial reports that we are getting, we are saddened that they appear to point at foul play. The government has set in motion investigations into the cause of the f**e to fully establish what caused it.”

He further assured that the government will take action to ensure the i******t does not recur by putting up permanent structures and ensuring there are access roads within the market.

“I would like to assure the affected traders that we will not abandon them. The National Government in collaboration with the County Government will explore ways of ensuring that businesses in this very important market for such a big section of the city’s population are protected against such d*******s,” he stated.

“I would like to say sorry to all the traders who have been affected by this i******t. We are also thanking God that there are no c********s. Our f**e fighters are working hard to put out the f**e. KDF and G4S are here and we are trying to contain the f**e. At the moment we have not know what is the cause of the f**e but we are suspecting foul play,” Nairobi Governor Mike Sonko said at the scene.