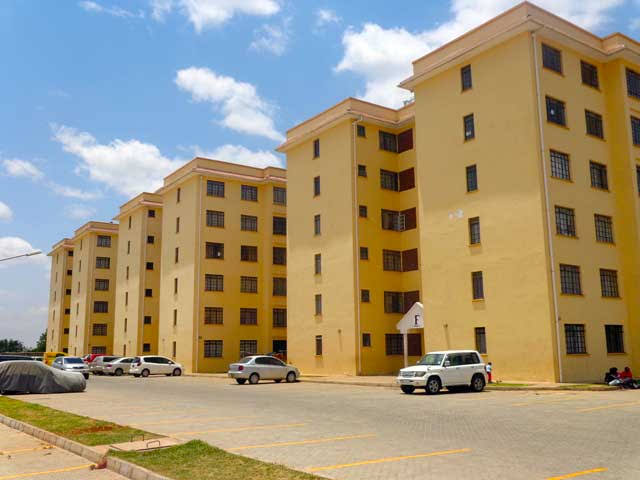 The fate of a multi-billion housing project in Athi-river in Machakos County now squarely lies in the hands of the National Environmental Tribunal.

Alcohol manufacturer London Distillers Kenya Limited (LDK) is challenging the construction of the GreatWall Gardens housing project at the Tribunal in the ongoing hearing.

LDK has made an appeal challenging the Environmental Impact Assessment (EIA)’s license issuance to Erdemann Property Limited (EPL) in the Greatwall Gardens’ (GWG) Phase 3A project.

LDK’s lawyer Makongonya Tiego during the hearing on Thursday had his camp was not ready to proceed and sought for adjournment.

“The industry has filed an application before Judge Angote of ELC Machakos that is seeking to consolidate the matter at the tribunal with that before that judge,”said Tiego.

EPL’s lawyer Tom Ojienda opposed that application and said that there we no orders granted by ELC Machakos stopping the proceedings at the tribunal and the matter should proceed.

“EPL has suffered as a developer after the construction of its 3rd phase was stopped by the tribunal which has led to loss of billions,” said Ojienda.

EPL is being represented by lawyers Tom Ojienda, Cyrus Maina and Wilfed Lusi. The tribunal allowed the matter to proceed where LDK presented Benjamin Langwen a former employee of NEMA who testified that EPL should have done a Strategic Environmental Assessment (SEA) Report it had done for the GWG 3 Project.

“Failure to conduct the SEA for the developing Company was wrong and as such LDK sought to have the License revoked, “he added.

NEMA witness opposed those sentiments confirming that SEA is only conducted for high magnitude projects and should be recommended mostly for mixed development with approval of government as per the Environmental Management and Coordination Act Kenya 2015.

He distinguished that since EPL was putting up a residential project the SEA was not necessary.

The suit is set to proceed on July 30, 2020, where EPL is expected to present its witnesses in defense to the appeal.

The residents had complained that the distiller was emptying toxic wastewater into the surroundings, leading to discomfort and diseases.

The distillery had written to NEMA, arguing that Great Wall Gardens sits on an industrial zone and should, therefore, be brought down.

The estate was built long after the distillery and would typically have also been approved by the local authorities, meaning the claims that the area is gazetted as an industrial zone might not hold.

“I am wondering why LDK can’t adhere to Nema guidelines and directives issued to it by the Parliamentary Committee on Environment. This is too much. They are now discharging their effluent into our project site,” he said.

He wondered why Athi River residents must  keep suffering due to pollution by LDK saying Erdemann has constructed over 4,600 housing units and handed over most of them to buyers.

EPL has incurred losses of over Ksh1 billion since the construction of its phase 3 project was closed.

The multi-billion-shilling sector has seen a decline in business in the first two weeks of 2021 attributed scarcity of foreign arrivals.