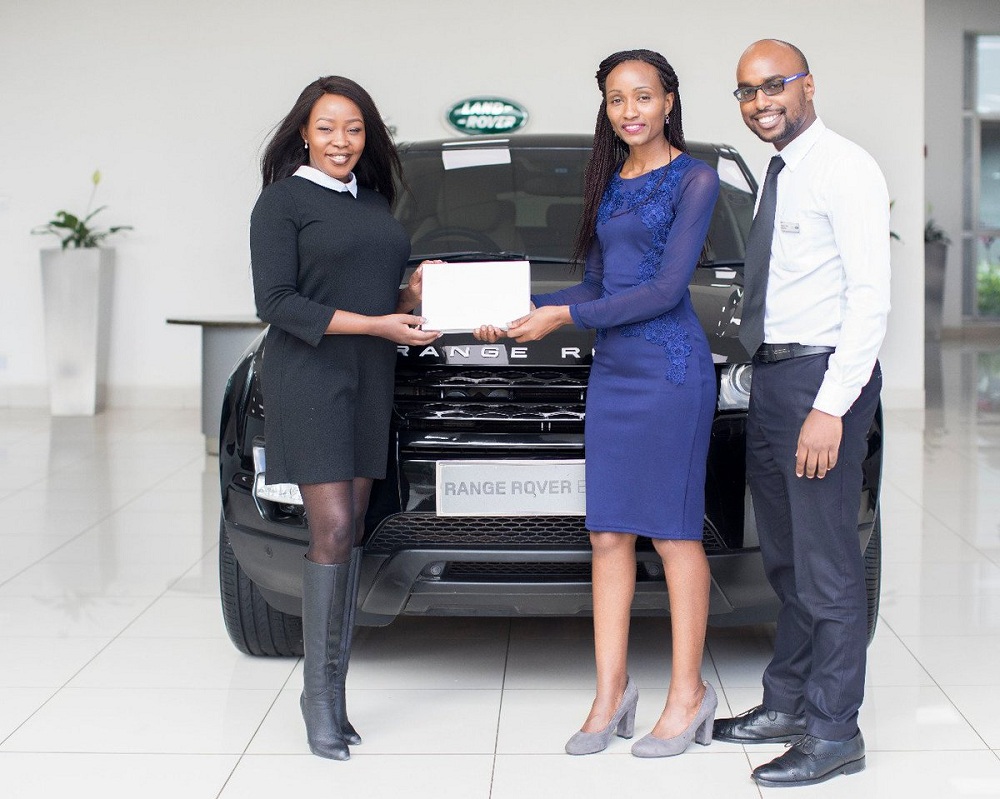 Posting on her Intagram Page, Chebet says she fell in love with the sports car in n 2012 while on a working trip to Beijing.

“I chanced upon news that Victoria Beckham was also in Beijing to launch the special edition #Evoque. There, as a young( ish) journalist my over ambitious dreams to own one were born. To say that dreams come true is an understatement,” she wrote.

While handing over the new baby to Chebet, RMA Motors Kenya, the official Jaguar Land Rover dealers in Kenya, complemented her, saying: ” Not a lot of people match their outfit with their new Rover but Terryanne Chebet does. Congratulations on your new car. Just like you The Range Rover Evoque is stunning. There’s nowhere this car won’t take you.”

Since leaving Royal Media Services, Chebet has fully settled in her company Scarlet Digital, where she serves as Strategist and Business Development Manager.  She is also the founder of Keyara Organics, a natural skin and hair care line.