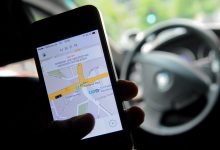 A taxi hailing app user logged on into their account. The business has been a mixed back since its introduction into the Kenyan market in 2014

The entry of taxi hailing apps into the Kenyan market is a topic that divides opinion right down the middle, has the business been a disruptor or a venture that has led to job losses? Business Today analyses the landscape.

Entry of Uber and Bolt, the main players in the sector has digitised the taxi business effectively taking away control from traditional taxi drivers and introducing a middle-man to run point.

As a result, hundreds of taxi drivers remain jobless to date and the Taxi Drivers Association has had to contend with the fact that the apps have been warmly received in the market, a situation that cut down on profits from their end.

Since the introduction of the apps,local taxi drivers have been facing alot of challenges, first they lost customers, the traditional taxi business lost its investment appeal and the market has evolved after the disruption.

Gone are the days when city residents would have to physically look for taxis all they have to do is have the app installed on their phones and order for a cab with the click of a button.

The biggest draw for customers after introduction of the apps was the pricing formula which made it easier for customers to leave their cars behind as hailing a taxi is relatively cheaper.

What’s more, Kenyans have transitioned seamlessly to the western way of life.

Protests from local taxi drivers have not helped the situation at all,instead it has become harder for them to conduct business and compete with the online taxis which boast of more numbers since they are more trusted and can be held to account.

“Uber was the final nail in our coffin. Back then, my phone was a busy gadget. I had a flurry of clients who no longer bother to call since they have jumped ship to the taxi hailing frenzy,” Mbugua, a taxi driver told Business Today in an interview.

Most taxi drivers have since sold their cars and ventured into other businesses.

However, the drivers contracted by the hailing apps have protested on multiple occasions decrying low earnings and poor working conditions, something that the firms have vehemently denied.

“I’ve had to quit being a taxi driver altogether and start from scratch. Initially, I thought it was going to be my big break but one I realised that was not going to be the case, I bolted out and started something else,” said another driver.