Former Gor Mahia defender Karim Nizigiyimana unveiled at Wazito FC. Wazito FC have made a total of 11 signings while Gor Mahia have made 10. Photo/Wazito FC

It seems like National Super League (NSL) Champions Wazito FC are not leaving anything to chance as they aim to clinch the Kenya Premier League (KPL) title next season. Wazito FC have bolstered their squad once again with three new players including former Gor Mahia defender Karim Nizigiyimana.

Also joining Wazito is former Nzigiyimana’s teammate at K’Ogalo Abouba Sibomana. Nizigiyimana is a rightback while Sibomana plays as the left fullback. Both players are internationals with Nizigiyimana having several caps for the Burundian national team while Sibomana has featured for Rwanda. Wazito’s technical bench is confident that the addition of these two will bring some competition at the backline.

Speaking as he inked deal earlier today, Nizigiyimana affirmed that he still got energy to terrorize opponents in his wing and bring the killer passes. “I will play as I have always played with my heart for Wazito”, he roared.

For Sibomana who joins from military side APR, he sees Wazito as the new challenge in his professional career, something he is looking forward to surmount.

Wazito’s other signing is striker Elvis Rupia, famously known as Machapo, who joins in from Zambian side Power Dynamo. Machapo has been training with the team and impressed the technical bench who saw that he was blending well with the midfielders and fellow strikers, attributes that solidified his competitiveness.

“Its great to be back in the local scene and turning out for Wazito FC is a proud moment for me. I am looking forward to giving my all to ensure the team achieves its season targets”, Machapo said.

Before departing for Zambia in July last year, he played for Nzoia Sugar FC where he left at the top scorer for the team. He scored 15 goals in 22 games.

Elvis Rupia joins fellow striker Derrick Otanga who signed with Wazito in the beginning of July.

Wazito are set to play Nzoia Sugar in their first KPL match on 20th August at the Kenyatta National Stadium, Machakos. 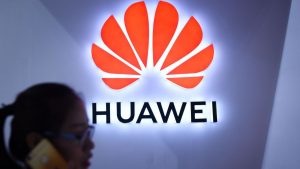 Huawei’s Half Year Revenue Is Double Kenya’s National Budget
Huawei has posted a revenue of Ksh6.07 trillion during the…