Tabitha Karanja, Founder and CEO of Keroche Breweries. DPP Noordin Haji has ordered for her arrest alongside her husband for tax fraud. She has however rubbished the allegations. [Photo/Lionesses of Africa]

Director of Public Prosecutions Noordin Haji has ordered the prosecution of Keroche Breweries and its directors Joseph Karanja and Tabitha Karanja for tax fraud of over Ksh 14 billion.

In a statement, Haji said an audit by the Kenya Revenue Authority established that they evaded payment of taxes amounting to Ksh14.451 billion between January 2015 and June 2019 in form of excise duty and Value Added Tax (VAT).

The probe, according to the DPP, established that the unremitted VAT amounted to over Ksh 12.3 billion while excise duty that was evaded was over Ksh 2.1 billion.

He said having independently perused the file submitted by KRA and applying the provisions of the National Prosecution Policy, he is satisfied there is sufficient evidence and that it is in public interest to charge the suspects with 10 counts of tax fraud contrary to the provisions of the Tax Procedures Act.

This is not the first time KRA is getting into trouble with the taxman. In 2017, the brewer got relief when the Court of Appeal in its favour in a decade-old tussle over a Ksh 1.1 billion tax arrears demand.

A three-bench Court of Appeal held that KRA abused its powers by sending a tax demand of the three tax heads and penalties amounting to Sh1.1 billion through a letter dated November 29, 2006.

The ruling, the third in the 10-year battle in favour of the brewer, gave a fresh lease of life to the 20-year-old Keroche.

“An order certiorari is hereby issued to remove in the High Court and quash the decision of the appellants’ contained in the letter dated November 29, 2006, to issue assessments on income tax, excise duty and withholding tax for the total sum of Sh802,919,447,” Justices Paul Kihara, Martha Koome and Festus Azangalala ruled.

The taxman had appealed an earlier decision by Justice Joseph Nyamu in July 2007, who prohibited it from demanding the taxes, citing “abuse of powers”.

KRA, which was also demanding an additional Value Added Tax of Ksh 305 million, was basing the tax bill on an assessment carried out in 2006, where some Keroche products had allegedly not been given the right classification, hence being subject to lower taxation.

This week, Nairobi businessman Humphrey Kariuki was charged with evading taxes amounting to Ksh 41 billion between 2014 and 2019. He denied the charges alongside Stuart Geraid, Simon Maundu, Africa Spirits Limited, and Wow Beverages Limited and was released on a cash bail of Ksh 11 million. 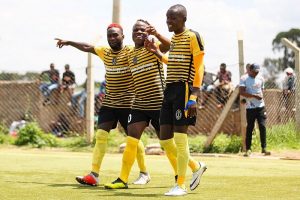