Sanlam Kenya has posted a half year profit despite being in the red during the same period last year. (Photo/Sanlam Kenya)

Financial services firm Sanlam Kenya bounced back to profitability by recording a half-year profit for the first six months of 2019, having posted a loss during the same period of review last year.

In a statement by the Nairobi Securities Exchange (NSE) listed firm, financials showed that the company returned a Ksh639.7 million profit for the first half of the year.

This represented a turnaround as by the end of June 2018, Sanlam had recorded a loss of Ksh1.5 billion.

During the announcement of the firm’s half-year earnings for 2019, Sanlam Kenya Group Chief Executive Officer (CEO) Patrick Tumbo attributed the jumping out from the red to the firm’s turnaround strategy.

“At Sanlam Kenya, we have been focusing on the growth of our core insurance business through strategic partnerships, human capital investment, revamped distribution strategy and other sales and marketing initiatives,” he said.

Tumbo added, “This focus has seen us enjoy a growth in core insurance revenues by 17% to Ksh3.65 billion up from Ksh3.11 billion reported over the same period last year, despite an increasingly competitive market environment.”

Half-year growth, the Sanlam CEO added, was also attributed to improved investment performance and the positive impact of a revision in the statutory interest rate risk margin.

Sanlam’s total income derived from net earned premiums improved by 84% to Ksh4.6 billion from Ksh2.5 billion in H1 2018. Investments, on the other hand, raised the non-insurance incomes to Ksh1.9 billion compared to Ksh41 million over the same period last year.

Tumbo also said that efforts to recover Sanlam’s impaired assets amounting to more than Ksh2.2 billion from institutions under financial distress, are still ongoing and remain a top priority for the business this year.

Some of these firms which Sanlam had expected to boost their revenues include Athi River Mining (ARM-under administration), Real People (a credit only microfinance bank with links in South Africa) and Kaluworks (a metal products manufacturing company owned by the Chandaria family).

Improvement in the firm’s financial results will come as a reprieve following the company’s Ksh1.98 billion loss posted for the full year ended December 2018.

Tumbo had attributed the loss to a difficult operating environment occasioned by the dwindling fortunes of companies mentioned above such as ARM Cement and Real People Kenya.

Financial woes of these firms that Sanlam had invested in had resulted in the loss of around Ksh1.14 billion.

At the same time, the 2018 FY loss was also credited to the revision of the firm’s reserving basis to reflect a more prudent modus oparendi recommended by the Insurance Regulatory Authority (IRA). This, termed by Tumbo as a non-recurring event, led to a reduction in revenues to the tune of Ksh650 million. 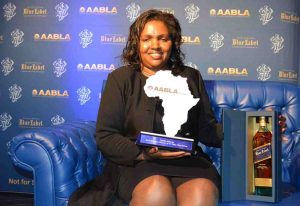 The Taxman Cometh: Keroche Icon Tabitha Karanja Faces Tax Evasion Suit
The probe, according to the DPP, established that the unremitted…