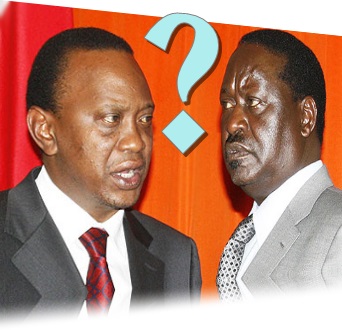 Whoever wins Kenya presidential ticket in this year’s elections will face economic opportunities and challenges that if well harnessed, may take the country closer to its dream of becoming a middle-income country by 2030, analysts told Xinhua.

A decision on whether to remove capping of the interest rates will be among the priorities as well as jump-starting growth in agriculture, managing national debt and how to handle expected oil exports.

Lack of cash flow especially for micro and small businesses and also reduced lending of personal loans has been the main result of capping as banks run away from borrowers considered high risk.

At least a dozen banks have petitioned the Central Bank of Kenya (CBK) to review the capping. On the surface, low cash flow has limited expansion of micro and small businesses and therefore slowed new employment.

Equity Bank CEO James Mwangi told Xinhua in a recent interview that the capping of the interest rates has been the biggest drawback for banks.

“The rates were caped yet the CBK lending rate at 10 percent did not change. This has become a significant industry challenge. As a result, the value of banking stocks at the Nairobi Securities Exchange has dropped by an average of 30 percent,” he said.

“Capping was like pricing all risks the same meaning that banks are afraid to lend to small businesses that carry higher risk,” he said.

The government is rated to have a risk of 0 percent (zero), blue-chip companies at 0.2 percent and large enterprises at 0.5 percent.

Small, medium and micro enterprises have risk ratings ranging from 1 percent to 3 percent meaning they are now being staved off credit by banks.

“What capping of the rates meant is that the market mechanism is not working in Kenya. That is why we have companies like East Africa Breweries which has issued a commercial paper and based on the interest, they are ready to borrow higher than the 14 percent market rates,” said Mwangi. He called on the government to rethink the issue of capping.Kenya suffered severe drought earlier this year that made worse growth of agriculture whose growth had decelerated in 2016.

Economic Survey for 2017 indicates that growth in agriculture value added decelerated from a revised 7.2 per cent in 2015 to 4.4 per cent in 2016 occasioned by insufficient rains.

The winner of the poll may borrow from the recommendations by state-funded think tank Kenya Institute for Public Policy Research and Analysis (KIPPRA), whose recent brief to the government called on training of farmers on technology-led appropriate farming methods to improve food security.

The growing effects of climate change that has affected rain patterns means that there is also need to increase investments in small and large scale irrigation systems.

KIPPRA also recommended solutions to reduce post-harvest losses that are estimated to be 20-30 percent of the harvested crop.

Additionally, the winner of presidential poll will need to address the collapsing sugar industry, which is blamed on several factors among them poor choice of cane grown by farmers and failure to modernize and privatize various state-owned sugar factories.

Sugar growing is the key driver of western Kenya’s economy.

The deal, between the government and Equity Bank will see the bank loan 3 million U.S. dollars to small scale farmers.

Starting end of this month, Kenya will ban manufacture and use of plastic bags because they are blamed for environmental degradation.

The ban is bound to affect the manufacturing sector and may result in loss of jobs and income for thousands of traders.

The National Environmental Management Agency (NEMA) has maintained that the ban will not be reversed despite protests by Kenya Association of Manufacturers (KAM) including a petition to President Uhuru Kenyatta to intervene.

“Currently, we have over 176 plastic manufacturing companies in Kenya which directly employ 2.89 percent of all Kenyan employees and indirectly employ over 60,000 people,” said KAM CEO Phyllis Wakiaga.

The Kenya Economic Survey for 2017 shows that the real output of the manufacturing sector grew by 3.5 per cent in 2016 compared to a revised growth of 3.6 per cent in 2015.

The growth was as a result of reduced cost of production and increased volume output.

The matter is unlikely to come to rest and will form a priority agenda for the person who wins the Tuesday presidential election.

Kenya has borrowed heavily in the past 15 years to finance mega infrastructure projects that are laying its foundation to transition to a middle income country.

The latest mega project is the 480 kilometer Standard Gauge Railway from Mombasa to Nairobi that is set to revolutionize Kenya transport sector.

KIPPRA data shows that the debt to gross domestic product (GDP) ratio is now at 54 percent, surpassing the 50 percent ceiling set by the East Africa Community.

“The high level of public debt in Kenya narrows the window for future borrowing, and increases vulnerability to fiscal risk in the event of any urgent need for borrowing,” notes KIPPRA in the just released Kenya Economic Report 2017.

But the National Treasury says borrowing should not raise alarm as the debt is manageable, a statement supported by the International Monetary Fund which in March said that Kenya’s risk of external debt distress remains low, while overall public debt dynamics are sustainable.

“The bulk of Kenya’s external public debt carries concessional terms,” the IMF, while calling for a go slow on commercial borrowing. The debt issue will be a priority in the next presidency.