Snoop Dogg shared a video of the Pastor Ng'ang'a. He later deleted it. Photo/Business Today

American Rapper Calvin Cordozar Broadus Jr. famously known as Snoop Doggy Dogg shared one of Pastor Ng’ang’a’s dramatic videos on his Instagram. The rapper went ahead to mock the Kenyan Pastor branding him a materialistic person.

On Sunday night, Snoop Dogg shared a video of the pastor slapping a young boy on the head in a bid to exorcise him. The video has been doing rounds on social media in Kenya.

“When u late on the offering money. The. Rev need his 💰🔥💥👊🏿🤣🤣 (Money),” read the caption by the rapper. He later deleted the post.

Pastor Ng’ang’a has been attracting attention with his church antics as he has trended on social media at least once every week. He started grabbing people’s attention after a video where he directed insults to members of his church’s clergy went viral.

According to Ng’ang’a, the Clergy in his church were disrespecting his wife which angered him. Ever since that video, the Neno Evangelism preacher has been an online sensation delivering different antics to netizens after every of his church services.

Last week, the Communication Authority of Kenya (CA) confirmed that it had fined Ng’ang’a ksh1 million for exposing a woman’s breasts during one of his church services.

CA’s communication officer Chimbiru Gimode said on Friday the authority relied on sections of the Kenya Information and Communications Act of the Kenya Broadcasting Regulations to pass the verdict.

The pastor had allegedly ignored an earlier warning against indecent exposure of obscenities on his Sasa TV channel during the stipulated 5 am – 10 pm watershed period.

Snoop Dogg is not the only International star to notice one of Ng’ang’a’s antics. D.C. Young Fly, an American internet personality, actor, and rapper, also shared a hilarious caption on the video leaving netizens in stitches. 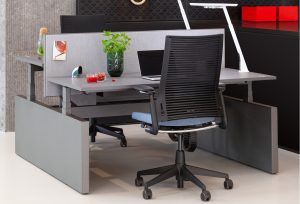