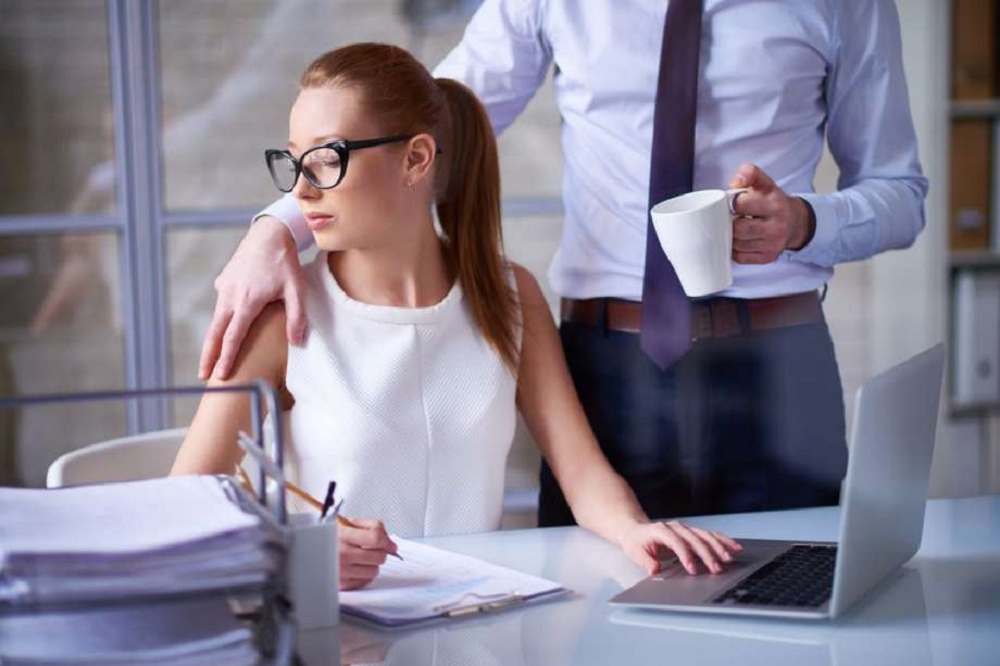 An investigation conducted by South African newspaper, Mail & Guardian has for the first time exposed the full extent of how pervasive s****l harassment has become in Kenyan newsrooms and the media industry generally.

While the existence of the vice is a barely hidden fact among Kenyan journalists, little has been done in the past to put it in perspective and especially by talking to the v*****s many of whom chose to suffer in silence or quit the newsroom altogether.

But now, Nakuru-based journalist Njeri wa Kimani has authored an expose that documents the experiences of female journalists, including The Standard‘s Caroline Chebet, in which she exposes how s****l harassment has become rife in Kenyan newsrooms. And wait for it, even male journalist are not spared either!

Here is her story as published by Mail & Guardian:

[dropcap]I[/dropcap]n June this year, the Radio Africa Group — parent company to Nairobi-based The Star and Classic 105 FM — was hit with multiple accusations of s****l harassment. The accusations against older men were made by younger women, who claimed their bosses were demanding s****l favours in return for professional assistance or better working conditions.

In April, Nation Media Group fired its Kisumu bureau chief, Emeka Mayaka, after he was accused of attempting to r**e an intern at g******t. Mayaka denied the accusation, claiming that he was being framed by “dark forces”.

Conversations with leading women journalists, both on and off the record, reveal that these i*******s are far from isolated.

Caroline Chebet, a journalist currently with the Standard Media Group, recalls the day when a senior journalist made a pass at her, while she was working for a different employer. It was late at night and they were driving from Naivasha to Nakuru. When Chebet refused his advances, he became irritable and dumped her on the side of the road.

“When I made my stand clear, he got prickly and pushed me out of his car. He sped off, leaving me by the roadside. I did not have any single shilling in my pocket and my phone battery had d**d. I stayed on the road crying, wondering what to do. Eventually, I was picked by a good Samaritan who dropped me home. Three years later I cannot stand seeing or talking to him [the journalist],” she said.

Chebet says s****l harassment in the newsroom has become normalised, and that some women journalists suffer from d********n as a result. “Recently I slapped a fellow journalist for making lewd remarks directed towards me. Having worked in two leading media stations and especially since I joined while I was very tiny bodied, most of the men saw me as a potential bed mate. In fact, they kept asking me who will ‘unscrew’ me. Male journalists should learn to draw boundaries,” she said.

Many women journalists contacted by the M&G had a disturbing story to tell but preferred to remain anonymous to protect their jobs.

“My editor would walk in the corridor, look at my chest and openly tell me I have beautiful breasts. He would demand to touch them,” said one. “I was still young and could not raise my voice against him. Eventually I had to quit. I could not stomach it anymore.”

Another journalist, who works for a major radio station, said that her boss would demand her hotel room number whenever they were out on official assignment. “He would pester me with calls and demand that I give him my number. When I refused his advances, he schemed a way to have me sacked. I remember we were just from a workshop in Nakuru when he asked for s*x, for me to sleep with him. I got my termination letter immediately after we came from the workshop,” she said.

One woman writer for a leading newspaper said that her boss would grab her buttocks every time she came near. “It was so t**********g, especially because I have a big body. Everybody would laugh it off and make weird jokes about it. Eventually I could not stand it anymore and I quit my job.”

When another journalist decided to confront her harassers — who had taken a bet on who would get to sleep with her first — it led to an ugly w*r of words. “They called me all manner of names. From a s**t, to a cheap wannabe, to a fake loser who could never amount to anything. I just couldn’t argue back. I felt so sad.”

Human rights activist Vincent Tanui said that s****l harassment in newsrooms is on the rise. “We have been increasingly receiving cases of gender-based v******e in the workplace, especially when women have been forced to sleep with their bosses for promotion. Interns too have found themselves seeking s****l favours so that they can secure permanent contracts. Unfortunately, with the increased wage bill the unemployment rate has s**t up to at least 80%,” he said.

Tanui insisted that there needs to be more action from employers to crack down on s****l harassment and protect women journalists.

“The perpetrators of gender-based v******e, no matter how high in the ranks of leadership in the companies, need to be brought to book. The a****t and p*********n of senior leaders in the media industry would help control the s****l harassment that is being witnessed, with some journalists going to the extremes of quitting their jobs,” he said.

[dropcap]M[/dropcap]ale journalists have also been on the receiving end of s****l harassment. “I had a boss who would tell me she loves my body. What started as normal compliments ended up as serious flirting and eventually she would even say how it would be satisfying if she could spend a night with me. It was not only humiliating, especially since I had to report to her daily, but I dreaded every time I would have to be around her to discuss any of my assignment. Eventually, she was transferred to a different bureau, much to my relief,” said a man, who is a news anchor.

S****l harassment is defined broadly under Kenyan law, and includes any kind of s****l behaviour that makes the v****m feel uncomfortable. In companies with more than 20 workers, it is the responsibility of employers to issue clear guidelines to employees on what s****l harassment is and that it is unacceptable in the workplace.

One exception was the national broadcaster, Kenyan Broadcasting Corporation, which made their 2016 s****l and gender-based v******e policy available, which defines SGBV as “all acts of physical and/or psychological nature which jeopardises women’s and men’s bodily and psychological integrity that may result in limiting their freedom and general wellbeing”. The policy recognises that women are more likely to be v*****s than men.

In a 2011 report, the Committee for the Protection of Journalists noted that s****l a*****s against journalists — both inside and outside the newsroom — “have the effect of silencing the messenger and blocking the dissemination of news and information”.

“In the same manner as other types of a*****s, s****l aggression is a direct a*****t on the internationally guaranteed rights to freedom of expression and access to information.”