A second patient has been cured of HIV. Photo/Hiptoro

A second person has been reported to be cured of HIV. Adam Castillejo, 40, from London was diagnosed with HIV in 2003 and has been on antiretroviral therapy since 2012.

However, according to a new report published in the journal The Lancet HIV on Tuesday, Adams stopped the antiviral medication 30 months ago, no traces of the infection has been found in his blood since.

Adam Castillejo, ‘the London patient’ was however not cured by the antiretroviral drugs, but, by undergoing stem cell transplant treatment; special bone marrow transplant. In 2019, Castillejo had experienced “long term remission’’ from the virus after undergoing the special bone marrow transplant. Castillejo at the time had been HIV-free for 18 months. Today, 12 months later, with no trace of the infection, his doctors are confident that he is cured.

Timothy brown “the Berlin patient’’ was the first case reported to have been cured of the virus using a similar treatment on February 7, 2007. The case of Castillejo has proved to the researchers that Brown’s treatment wasn’t an anomaly.

Read>> With 2% Death Toll, Here’s What The World Fears The Most About Coronavirus

In both cases, Timothy and Castillejo underwent the bone marrow transplant to cure blood cancer (leukemia), receiving stem cells from a donor naturally immune from HIV. Since the days of their transplants, both stopped the antiretroviral drugs and no traces of the infection have been found on their blood.

In the two cases, the results suggest that the recipient’s immune cells have been 99% replaced by the donors. However, the new report says there are remnants of the virus in some cells but are inactive and cannot replicate. The report likens the traces of the DNA remnants to ‘fossils’.

“Our findings show that the success of stem-cell transplantation as a cure for HIV, first reported nine years ago in the Berlin Patient, can be replicated.” Lead researcher Prof Ravindra Kumar Gupta, from the University of Cambridge, told BBC.

See>> Are Heart Diseases A Ticking Time Bomb in Kenya?

A caveat to the cure?

The researchers, however, caution that such treatment is risky and cannot work as a standard therapy for all HIV patients. The transplants were necessary in the two cases to treat cancer rather than HIV.

Sharon Lewin, an infectious disease expert at the University of Melbourne and a member of the International AIDS Society, termed Castillejo’s case as ‘exciting’.

“But we need to also place it in context – curing people of HIV via a bone marrow transplant is just not a viable option on any kind of scale,” she said.

“We need to constantly reiterate the importance of, prevention, early testing, and treatment adherence as the pillars of the current global response to HIV/AIDS.” 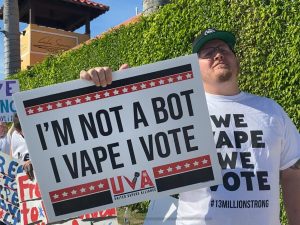 Involving All Stakeholders Important For Equilibrium in Tobacco, Nicotine Debates
Research shows that smoke free tobacco products are better than…